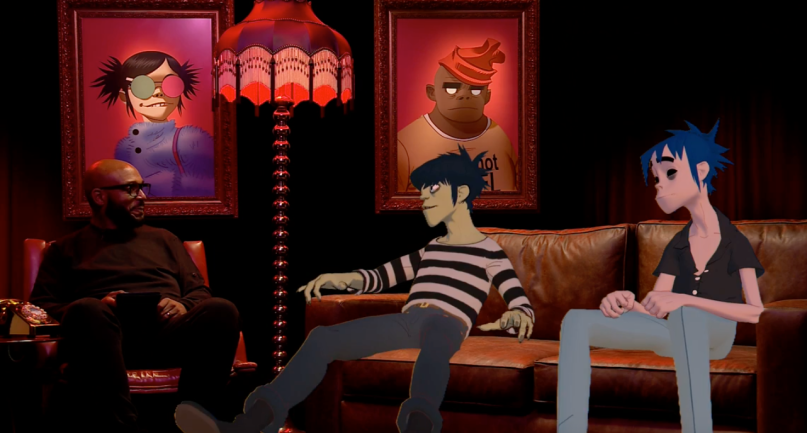 Damon Albarn has been making the rounds in anticipation of Gorillaz’s latest album, Humanz. Today, however, it was 2D and Murdoc’s turn under the spotlight. Two-fourths of the band’s animated cast of characters participated in a live Q&A with BBC Radio DJ MistaJam from the YouTube Space in London on Thursday. They spoke about the collaborators featured on Humanz (apparently Grace Jones and Murdoc have a thing), along with Donald Trump, which elicited quite the reaction from Murdoc. At one point, their bandmate Russell called in via telephone, and at the end of the interview, they took questions from fans. Given the complexities involved in animation, I’m not sure how much of this was actually live, but it was still a cool feat nonetheless. As an added bonus, the video concluded with a commercial advertising Gorillaz’s new Lenz app, soundtracked by “Charger” featuring Grace Jones, marking our first time hearing the song.