10-episode run will be presented in two-dimensional animation 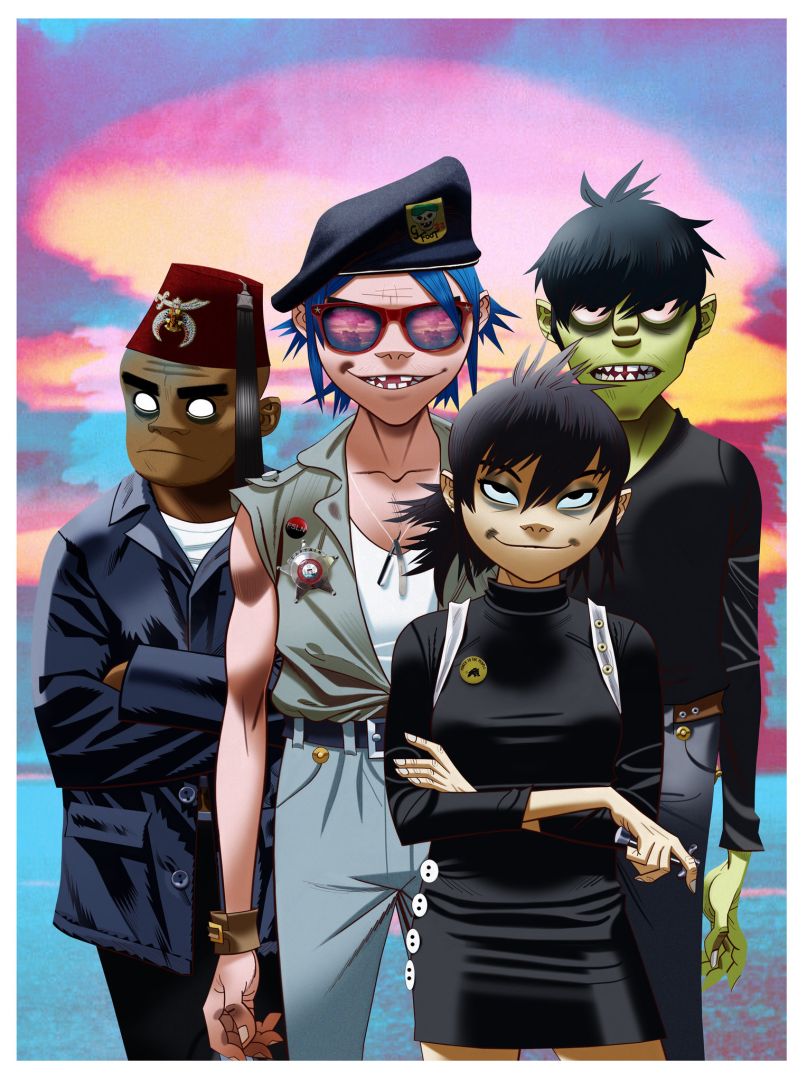 With the release of Gorillaz’s new album Humanz just hours away, the band is dominating the news cycle, and it doesn’t appear that’s about to change anytime soon. Aside from the fact they’ve got a busy summer of touring ahead of them, they’re also planning an animated television series.

In a new interview with Exclaim, Gorillaz’s creative director Jamie Hewlett discussed the forthcoming project. The plan is for a 10-episode run airing sometime in 2018. “I’ll direct the first and the last one, but we’ll have to get someone in to direct the other episodes,” Hewlett explained. “I think even attempting to do it all by myself will kill me.”

While Gorillaz’s recent video for “Saturnz Barz” was presented in a 360-virtual reality format with CGI animation, Hewlett said the TV series will be two-dimensional. “They’ll be that way from now on. I think it’s a beautiful style of animation,” he noted. “Everybody does CGI now, and it is great when you’re making backgrounds, like environments and landscapes, but not the actual characters. I’m still very much inspired by the work of Chuck Jones, and I love that animation. It’s art. I’d like to keep the characters in that style for the rest of this campaign. So the characters on the show will be 2D, but everything else is up for grabs.”

“It could be real footage with real people talking to the characters,” he added. “We’ll have guest appearances in the series by various artists that appear on the album or whoever we happen to write into the series. Or it could be a mix of collage and photography and a bit of CGI as well.”

Beyond the TV series, Hewlett is also working on a Gorillaz-themed clothing line. He told Exclaim, “We also have a clothing company that I’ve designed all of the clothes for, which are being manufactured at the moment.”

As for Gorillaz’s music, they’re set to appear on Colbert this evening. In anticipation, the band’s Instagram page has shared video of Damon Albarn and Noel Gallagher jamming out in the studio. (Gallagher appears on the Humanz closing track, “We’ve Got the Power”.)

#momentz of We Got The Power with @themightyi in London #HUMANZ