Guardians of the Galaxy Vol. 2 soundtrack revealed, lives up to its Awesome Mix name 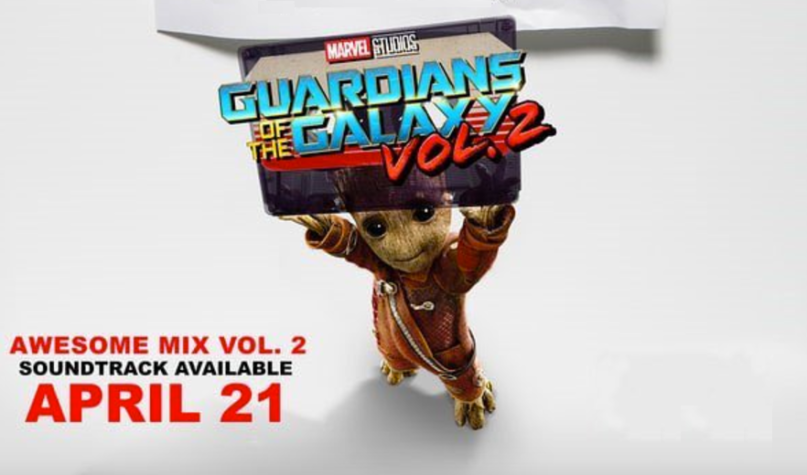 Of the many bits of genius in James Gunn’s Guardians of the Galaxy, the use of music is one of the most commendable. The director not only put together an incredible mix of ’70s and ’80s staples, but he wove the soundtrack into the actual story in a way that fit the characters and markedly enhanced the film. With Guardians of the Galaxy Vol. 2 opening in just a few short weeks (May 5th), it looks like Gunn has done it again with the revelation of the tracklisting for the aptly titled Awesome Mix Vol. 2.

There’s plenty for music aficionados to love here, from “Mr. Blue Sky” by Electric Light Orchestra to “Flash Light” by Parliment. Even the most casual music fan can appreciate the inclusion of tracks like “The Chain” by Fleetwood Mac (apparently, the band had to watch the scene the song is used in before giving approval) and “Brandy (You’re a Fine Girl)” by Looking Glass. There are also some deeper cuts, such as “Wham Bam Shang-A-Lang” by Silver and Jay and the Americans’ “Come a Little Bit Closer”.

The final track on the album is one Gunn wrote alongside composer Tyler Bates to be the “Guardians take on Meco’s disco Star Wars theme.” It’s a comedic number that features vocals by one of Peter Quill’s (Chris Pratt) childhood heroes, the great David Hasselhoff.

Find the poster revealing the tracklisting below, followed by a Spotify playlist of all the songs (except for Hasselhof’s “Guardians Inferno”, of course).

Gunn also did a track-by-track breakdown for Rolling Stone, in which he details how “The Chain” and “Brandy (You’re a Fine Girl)” are the most integral songs in the film, how Sam Cooke soundtracks Quill and Gamora’s (Zoe Saldana) relationship, and how George Harrison’s “My Sweet Lord” is essentially the origin story for Kurt Russell’s Ego the Living Planet character. Read it here.