Cali alt-rockers return with the follow-up to 2011's If Not Now, When? 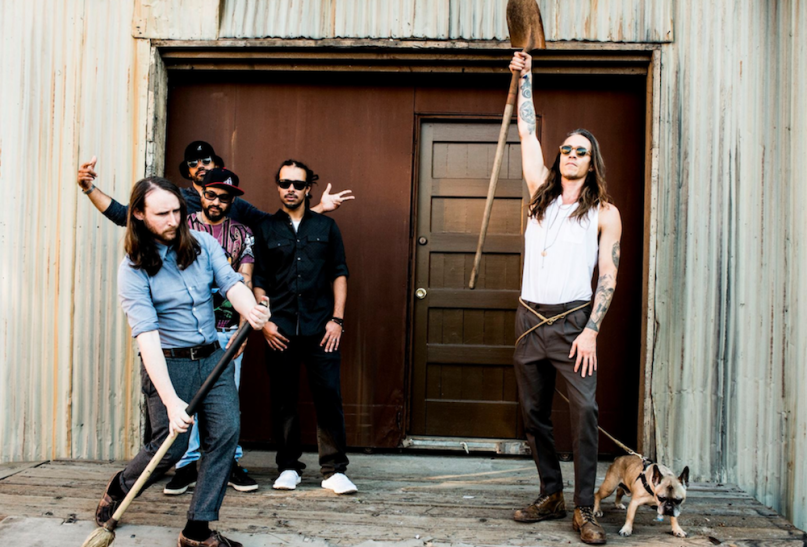 Today brings the release of Incubus’ latest album, 8. Apple Music and Spotify users can stream it in its entirety down below.

The Cali alt-rockers’ eighth LP to date, it follows 2011’s If Not Now, When? full-length and 2015’s Trust Fall EP. It was teased with early offerings “State of the Art” and “Glitterbomb”, as well as “Nimble Bastard”, which came accompanied by an incredible music video starring killer French bulldogs. Skrillex — yes, that Skrillex — is listed as a collaborator on 8.

Speaking to Consequence of Sound, frontman Brandon Boyd discussed the songwriting he did for the new album:

“I honestly believe that each of our albums over all of these years have been accurate reflections of where we are collectively as a band. When you’re listening to a lyric and a melody you’re looking at a reflection of where I am [Laughs]. Me being the person that’s writing the lyrics. I’ve always believed that human beings are far more dynamic than we give ourselves credit for. I think that we have multiple versions of ourselves that live in this one body, and it depends on where we are and so many factors that can lead to a mood. So when we put out albums they are really depictions of a mood or a mindset that we’re in. This album didn’t come without it’s challenges; it was a difficult album to write and I challenged myself more deeply than I have, well, since I can ever remember as a lyricist. That’s one of the reasons why we’re so happy with it. Everyone has multiple moods; nobody is static, and so the band is really an example of that.”

In his review of the LP, our own Dan Weiss describes 8 as “the band’s most consistent album in years, never dipping into any true clinkers but never approaching anything close to a risk either.”