Jared Kushner’s alleged Last.fm profile is a gold mine of hypocrisy 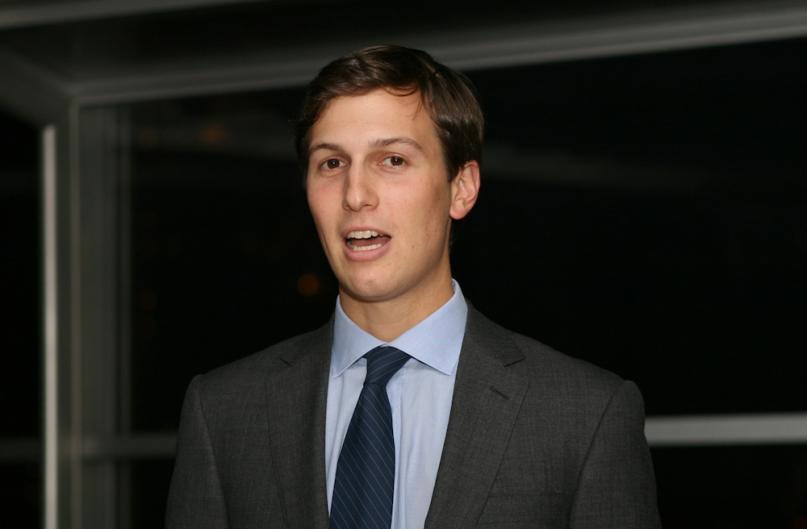 Long before the rise of Tinder, LinkedIn, and other online profile platforms, there was Last.fm, a site that meticulously documented each and every song you’d play. There was no need for “about me” paragraphs because all the pertinent information was there in the numbers — 22 consecutive listens of Brand New’s “Seventy Times 7” on a summer afternoon or back-to-back Ginuwine “Pony” plays in the middle of the night could often suggest more about one’s mood and aesthetic than the best tailored bio.

Which brings us to this: the alleged Last.fm profile of Jared Kushner, husband to Ivanka Trump, and one of “President” Donald Trump’s most trusted advisors. Since creating a page in 2009, Kushner has amassed about 137,000 scrobbles (aka plays) overall, which translates to roughly 50 per day. He doesn’t spend a ton of time rolling through his music library, nonetheless the data Last.fm has given us regarding his preferred artists is pretty golden and just begging for judgment. So, that’s absolutely what I’m going to do.

In his top 20 most played tracks are not one, but two ABBA songs, “Mamma Mia” and “Dancing Queen”. There’s also Adele’s “Rolling in the Deep”, Phil Collins’ Tarzan song “You’ll Be in my Heart” (LOL, it’s not bad, but like, Phil’s got so many other songs), Blondie’s “Call Me”, Vampire Weekend’s “Unbelievers”, and The Beatles’ “Here Comes the Sun”. There’s no 3 Doors Down or Kid Rock, surprisingly, and a good chunk of the artists include female musicians, which hey, if you care about them and their work, maybe you should give a shit about their healthcare, too.

The best statistics perhaps can be found in his most recently played songs charts. Over the last few weeks, Kushner has been bumpin’ some classical music (Bach, Beethoven, Kronos Quartet and The National’s Bryce Dessner) as well as new tracks from Bleachers, Lorde, and alt-j. Scrobbles of records by Chromatics, Car Seat Headrest, Elliott Smith, and Charli XCX gave me hope that maybe, just maybe, there might be someone with an ounce of cool in the White House. However, that was quickly dashed when seeing that he’s spent multiple days listening to Lin-Manuel Miranda’s Hamilton mixtape, Beyoncé’s Lemonade, and Depeche Mode’s Spirit, pieces of music that represent everything he and the Trump regime are so feverishly trying to silence.

Again, great that you love Hamilton and “Formation”, but it’s pretty hypocritical to champion art made by America’s diverse communities while also trying to repress them and take away their rights. For god’s sake, Lemonade is about empowering women, specifically black women. As for Spirit, uh, does Kushner not know that album is about protesting populism? Maybe he’s been hanging out too much with Nazi punching bag Richard Spencer.

It’s also worth noting that Kushner’s last recorded plays came the night of Trump’s missile attack on Syria (there’s nothing quite like blaring Hamilton as you decide on the lives of innocent civilian children). He also enjoys the very unwholesome work of Death Grips. Vulgarity and murder! This is precisely how one upholds Christian values.