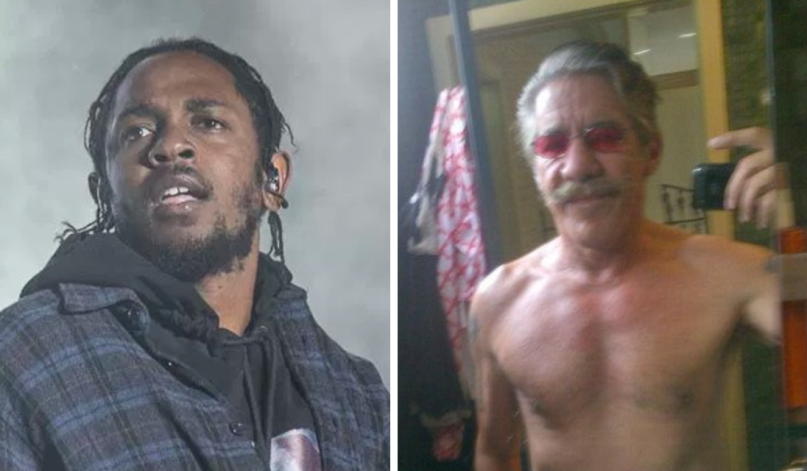 Kendrick Lamar just released his new album DAMN. From the very onset, listeners are greeted to an unexpected, provocative sample: On the first two tracks, “BLOOD.” and “DNA.”, Lamar samples a FOX News segment in which anchor Geraldo Rivera criticizes the Compton rapper’s 2015 performance of “Alright” at the BET Awards.

Rivera took issue with Lamar rapping from atop a police car, spitting lines like, “We hate the po-po, wanna kill us dead in the street fo sho” and “My gun might blow.” Rivera said Lamar’s lyrics had “done more damage to young African-Americans than racism in recent years” and called the performance “counterproductive” and “exactly the wrong message.” It was an odd interpretation considering the song is about persevering through tough times (such as racism, police brutality) and has nothing to do with inciting violence.

Lamar initially responded to Rivera’s critique in an interview, asking, “How can you take a song that’s about hope and turn it into hatred?” He added that “the overall message is ‘we’re gonna be alright.’ It’s not the message of ‘I wanna kill people.’”

By sampling Rivera in his own words, however, Lamar lays the foundation for his new album’s main themes: black excellence in the face of institutional racism and police brutality. “BLOOD.” features a spoken-word parable in which Lamar is gunned down by a blind elderly woman. “DNA.”, meanwhile, is a celebration of his black heritage which hears Lamar rap, “I got loyalty, got royalty inside my DNA.”

In addition to the two samples, Lamar takes a lyrical shot at Rivera on the album track “YAH.” He raps, “Fox News wanna use my name for percentage/ Somebody tell Geraldo this nigga got ambition.”

Check out “BLOOD”, “DNA.”, and “YAH.” below followed by the FOX News segment in question.