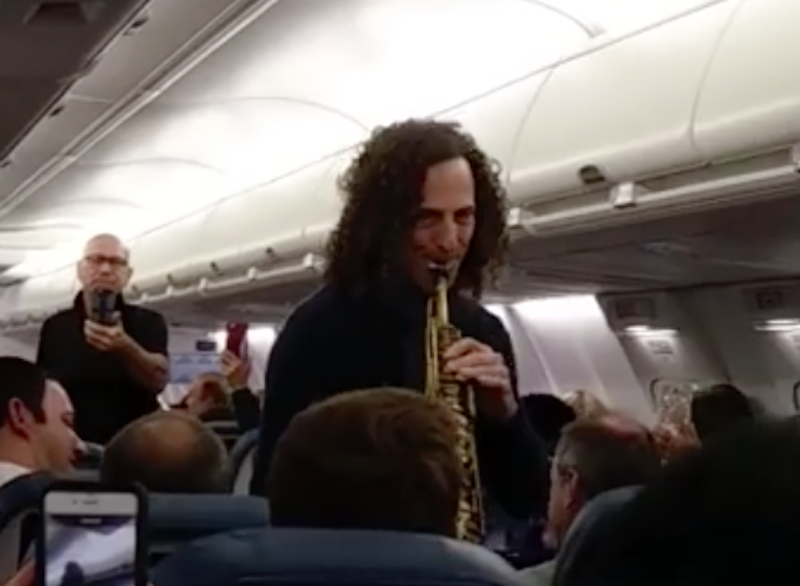 It’s no United Airlines, but Delta hasn’t been receiving the best headlines as of late. Leave it to sweet sax man Kenny G to soothe any tensions between the airline and passengers, however.

On a recent Delta flight from Tampa to San Francisco, Mr. G serenaded the captive audience at 39,000 feet with an impromptu show. The performance wasn’t just some random treat the saxophonist delivered to the travelers or an attempt to calm a crying baby, though.

A flight attendant onboard named Jane had lost her daughter to cancer at the age of 30, and has since worked with Relay for Life to raise money for the American Cancer Society. After a bit of begging on her part, the musician agreed to play for the plane if they could raise $1,000 for the charity. Well, it took them almost five minutes to raise close to double that (according to Creative Loafing Tampa Bay), and Kenny G delivered on his promise.

It’s a pretty great story, but honestly the best part is perhaps when the saxophonist announces to everyone that he has to brush his teeth before he plays and needs another five minutes. Wonder if he has that much consideration when he’s wooing the ladies.

Check out video of the airplane performance below (via CLTB and TMZ).