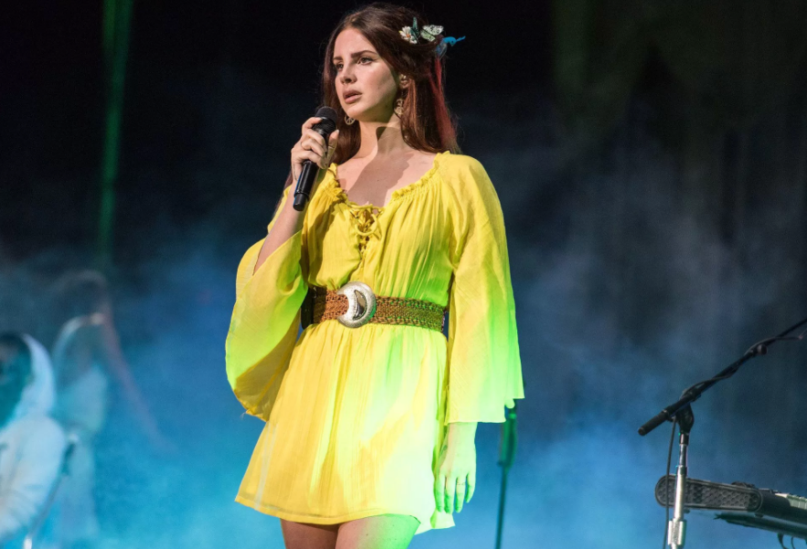 Lana Del Rey was not on the Coachella bill this year, but she was still on the Empire Polo Club fields enjoying the show. (Specifically, she got a kick out of Father John Misty and Kendrick Lamar.) On the way home from the weekend, however, she decided to stop off in the woods to write a new song, which she subsequently shared via Instagram.

“I’m not gonna lie,” the singer wrote in the post’s description, “I had complex feelings about spending the weekend dancing whilst watching tensions [with] North Korea mount … On my way home I found myself compelled to visit an old favorite place of mine at the rim of the world highway where I took a moment to sit down by the sequoia grove and write a little song. I just wanted to share this in hopes that one individual’s hope and prayer for peace might contribute to the possibility of it in the long run.”

Del Rey sang the song a capella while surrounded by the trees. “I’d trade the fame and the fortune and fucking legend,” go the lyrics. “I’d give it all away if you give me just one day to answer one question.” Watch the clip below.

Del Rey recenty announced her new album, Lust For Life. The release is rumored to be coming on May 26th, but all that’s officially been revealed is the lead single, “Love”, and the album art.