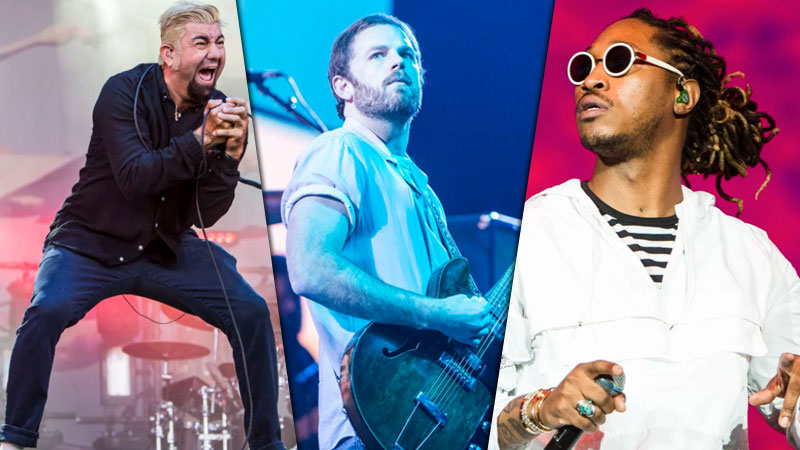 Entertainment giant Live Nation is easy to paint as the villain, what with their greedy consolidation of the festival market and last year’s laughable attempt to make up for Ticketmaster’s “excessive and deceptive” service fees. So in a move clearly designed to add some shine to their name, the corporation has announced its Kickoff to Summer Ticket Promotion, offering tickets to select summer tours for just $20.

From May 2nd to May 9th, 1,000,000 tickets to over 1,000 shows during 50 tours will be sold for one, crisp Andrew Jackson, without any additional fees. AT&T subscribers can even get in on the deal a day early on May 1st through the AT&T THANKS program. Regular on-sale begins at 8:00 AM local time, with the AT&T pre-sale starting at 10:00 AM.

Much like the original list of Ticketmaster free voucher shows, some solid tours are part of this $20 promotion. Kings of Leon, Future, Incubus with Jimmy Eat World, John Mayer, Depeche Mode, Deftones with Rise Against, Dead & Company, Young the Giant with Cold War Kids and Joywave, Lionel Richie with Mariah Carey, and Muse with Thirty Seconds to Mars are all part of the package. There’s a ton of classic rock, with tours like Boston with Joan Jett & The Blackhearts; Foreigner, Cheap Trick and Jason Bonham’s Led Zeppelin Experience; Chicago and The Doobie Brothers; Earth, Wind & Fire with Chic featuring Nile Rodgers; Rod Stewart and Cyndi Lauper; Deep Purple and Alice Cooper; and Styx, REO Speedwagon, and Don Felder also listed.

Oh, and Nickelback. You could also get tickets to Nickelback, ya know, if you wanted.

A list of the major nationally touring acts part of the Kickoff to Summer Ticket Promotion can be found below. A complete list, more info, and purchasing information can be found at livenation.com/20ticket.