In which Smith reunites with former Heatmiser bandmate Neil Gust 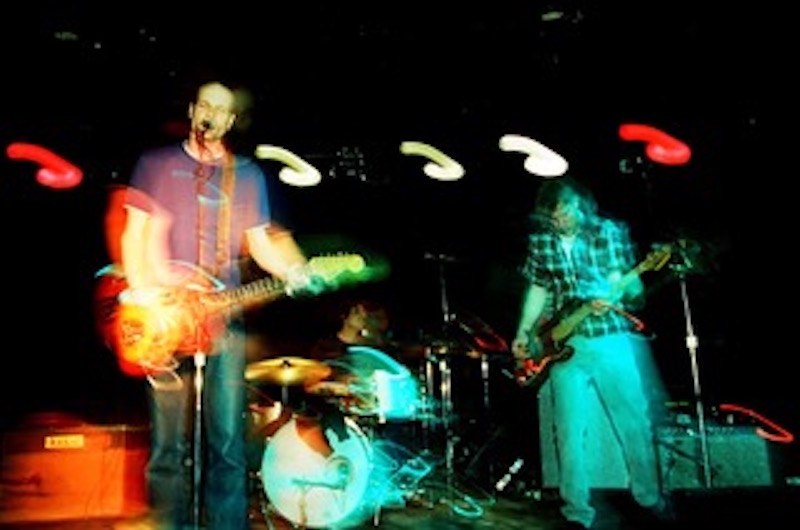 Elliott Smith fans indulged in a treasure trove of unreleased material last month, when the 20th anniversary reissue of Either/Or hit shelves. Today, another Smith rarity has been dusted off for ears to hear: “Who’s Behind the Door?”, which sees the iconic songwriter reunite with Neil Gust, the alt-rocker with whom he formed Portland’s Heatmiser back in 1991.

Led by a snaking electric guitar, “Who’s Behind the Door?” also features contributions from past Smith collaborator and current Decemberists drummer John Moen. It appears on an upcoming reissue of With What Does Good Luck Bring?, the 2002 album by Gust’s post-Heatmiser project No. 2.

In a statement to Consequence of Sound, Gust recalled how the track came together in the studio and how that was the last session he shared with Smith before his passing in 2003:

“’Who’s Behind the Door?’ was one of 4 new songs No. 2 played on what turned out to be our final tour. Elliott came to our show in LA at The Troubadour and offered to record us at the studio he was putting together for himself in the Valley. We showed up, tracked the basics for 2 songs in one day, then Jim and John packed up and headed back to Portland. I stayed for what I thought was going to be a couple days of overdubs. Instead, I was there for 2 weeks trying to finish one song. Elliott finished the mix long after I returned to Portland in order to keep my job, but I didn’t hear it until after he died. This recording session was the last time I saw him.”

The Good Luck reissue is out April 28th via Jealous Butcher; pre-order it here.