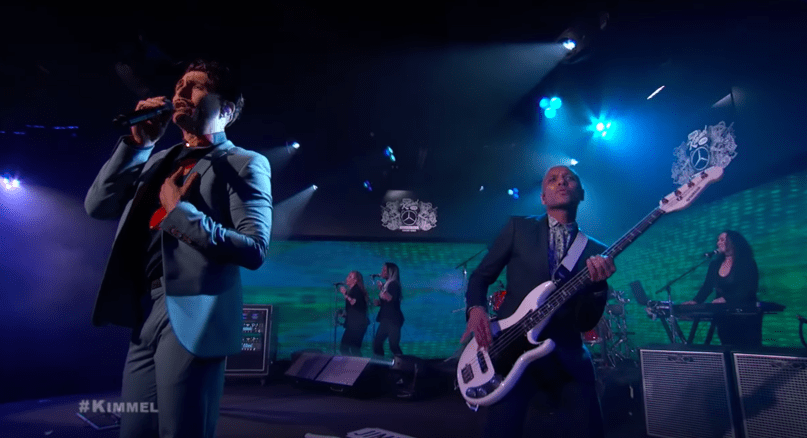 DREAMCAR is the new band featuring No Doubt guitarist Tom Dumont, bassist Tony Kanal, and drummer Adrian Young along with AFI frontman Davey Havok. After making their Coachella debut over the weekend, the supergroup checked off another first on Wednesday night: their inaugural TV performance. In support of their forthcoming self-titled debut, they took the stage at Jimmy Kimmel Live! and showcased “Kill For Candy” and “All of the Dead Girls”. Catch the replay below, and look for their debut LP when it drops on May 12th.