A second listen to the supergroup's forthcoming self-titled debut 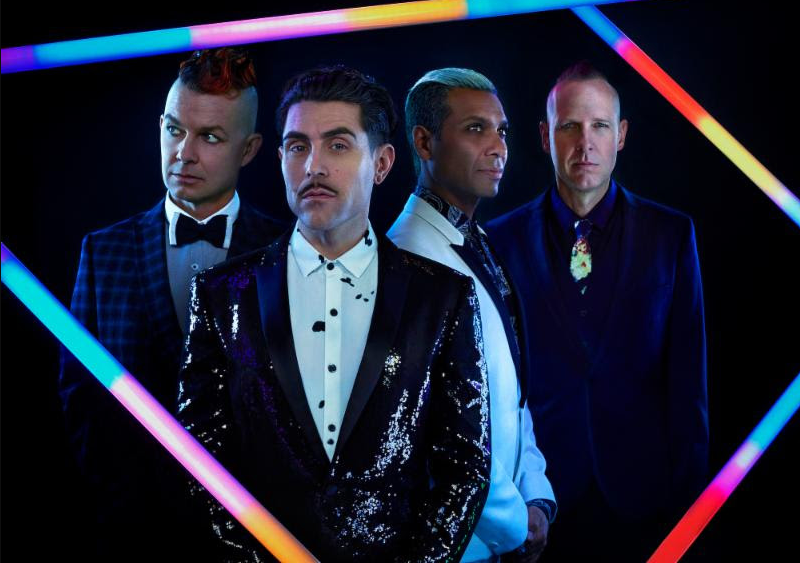 DREAMCAR, the new supergroup featuring No Doubt guitarist Tom Dumont, bassist Tony Kanal, and drummer Adrian Young along with AFI frontman Davey Havok, only debuted earlier this week, but they’re already back with another track. Following up on Monday’s “Kill For Candy”, the band has today shared a song called “Born to Lie”.

Despite the fact that Gwen Stefani said her (former?) bandmates “wanna be in a punk band,” both “Kill For Candy” and “Born to Lie” seem to put DREAMCAR into a more alternative, new wave category. The newest track tilts into post-punk slightly with its heavy guitars, but it still leans far closer to The Killers than, say, Green Day — or No Doubt, for that matter. Check out “Born to Lie” via its lyric video below.

DREAMCAR is due out May 12th via Columbia Records, with pre-orders going on now. In addition to the new track, the band has shared the album art and full tracklist, which you can peep below.

DREAMCAR will support their debut with an appearance at Coachella as well as a full tour. Those dates are below.