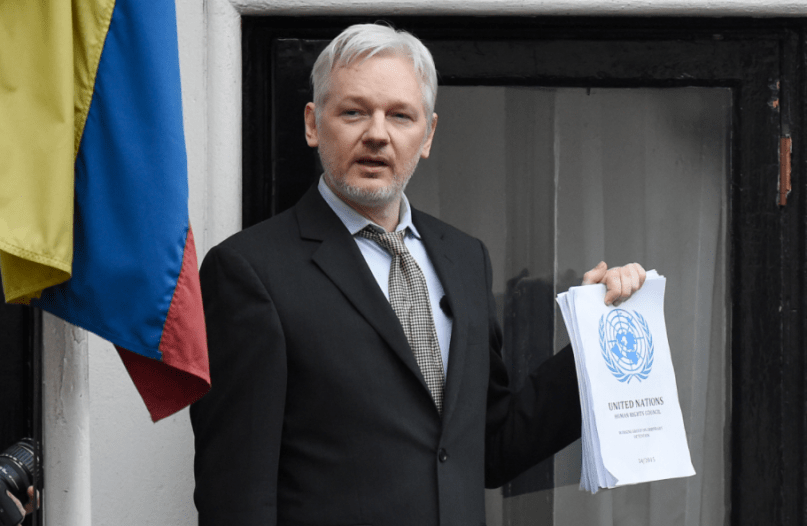 WikiLeaks founder Julian Assange has been the source of intense controversy over the last seven years. In addition to launching the contentious news leaks organization, Assange has been avoiding extradition to Sweden on sexual assault and rape charges by seeking asylum in the Ecuadorian Embassy in the UK. He’s also been linked to Russia’s meddling with the recent US election, and had a surreptitious meeting with Nigel Farage, the British politician who helped push through Brexit.

For all the fuss surrounding him, however, there’s still plenty of support out there for Assange, and that includes major musicians such as Patti Smith, PJ Harvey, Brian Eno, and Jean-Michel Jarre. As we recently learned, these artists took part in a worldwide conference set up by FreeAssangeNow.com, held from June 19th-25th last year called “First They Came for Assange”.

More information on the talks and speakers can be found at the event’s website. Below, watch a video collecting three clips Eno has posted in support of Assange.