Plus, they jam out to "Rockin' in the Free World" with Jack Irons, Rush's Alex Lifeson and Geddy Lee, and members of Journey and Yes 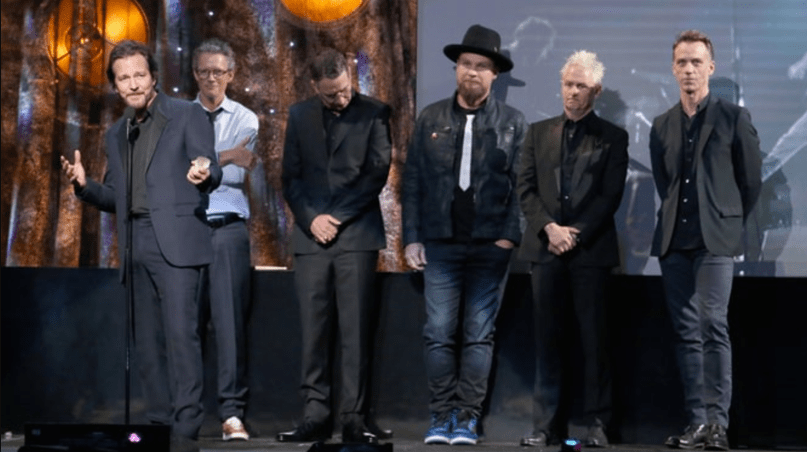 At last night’s Rock and Roll Hall of Fame induction ceremony, Pearl Jam received a heartfelt introduction from Late Show legend David Letterman, and bassist Jeff Ament wore a t-shirt imprinted with the names of bands who have yet to be enshrined. Another noteworthy came during the band’s ensuing performance, which saw them reunite with original drummer Dave Krusen for the first time in 25 years. Krusen, who was inducted alongside his former bandmates, sat behind the kit for “Alive” from Ten (the only PJ album which he played on).

The band also rattled through performances of “Given to Fly”, “Better Man”, and an all-star rendition of “Rockin’ in the Free World” featuring another one of their former drummers, Jack Irons, as well as Rush’s Alex Lifeson and Geddy Lee, Dhani Harrison, Journey’s Jonathan Cain and Neal Schon, and Yes’ Trevor Rabin.

Watch fan-shot footage of these performances below, and then look out for the pre-recorded telecast when it airs on HBO on April 29th.