The 10 Greatest Pieces of The Simpsons Merchandise 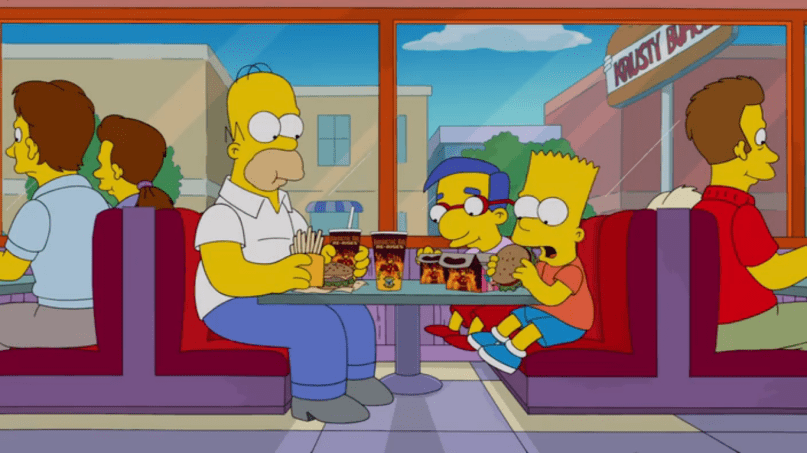 Thirty years ago this month, America’s favorite animated family made their debut as part of The Tracey Ullman Show. To celebrate, CoS will be broadcasting live from Springfield all week with a slew of Simpsons features. Today, Zack Ruskin acts as your personal shopper and tips you off to absolutely must-have Simpsons merch.

“I will personally spit into every 50th burger!” – Krusty the Clown

In building the world of Springfield and beyond, The Simpsons have introduced a number of business and product lines, as well as more than a few blatant cash grabs over the years.

Just as any episode may feature a scene with Apu or Groundskeeper Willie, viewers are now just as primed to expect the appearance of a can of Duff beer or a pack of Laramie cigarettes. While many products are played for absurdity — like Barnacle Bill’s Home Pregnancy Test or the Powersauce bars that inspire Homer to climb The Murderhorn — others merely serve to reinforce the familiarity of Springfield as a real place in a state-not-to-be-named.

For all the insane and memorable products that have appeared onscreen, there are an equally large number of real-life counterparts, many inspired by a rabid fan base that is quite literally willing to buy Simpsons anything. In assembling the featured items below, the goal was to highlight things that were notable both for their originality and for the quality of the reference to the show.

While the time when we may need to hunt down a Krusty Brand Geiger Counter grows frighteningly close, for now let us bask in the truly insane offerings below.

*Itchy & Scratchy money not valid for any purchases below.