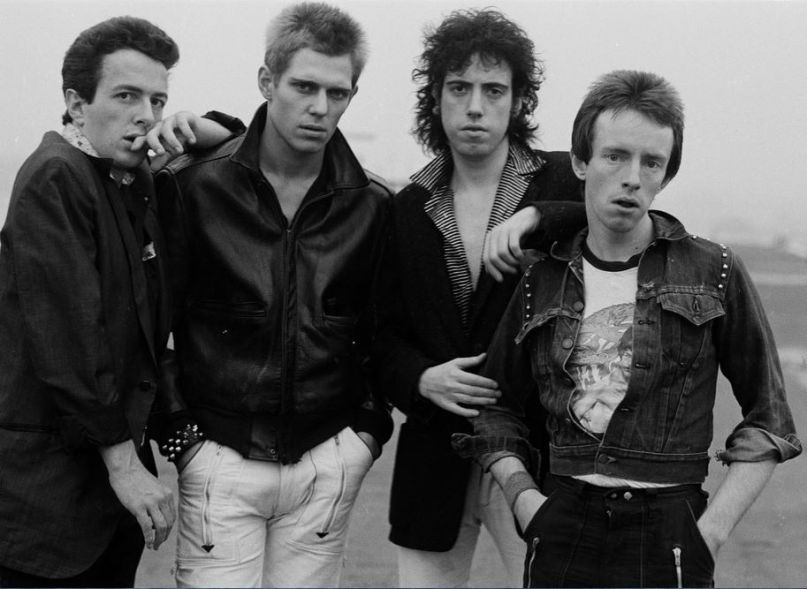 Forty years ago this month, the UK edition of The Clash’s debut album dropped like Spanish bombs on the punk rock world. To celebrate, all week long we’ll be lost in a supermarket of exclusive features that remind us why The Clash continue to rock our Casbah and remain the only band that matters. Today, Nick Freed revisits his definitively handpicked list of the band’s Top Songs.

The Clash are the benchmark by which all politically-minded punk bands are measured. In their prime, the late Joe Strummer and the much shaggier Mick Jones could chat your head off for hours about everything from the hypocrisy of the US-funded Sandinistas to Western democracy’s endless consumerism to a subject as dusty as the Spanish Civil War. The Clash were just that way — a cool, ideologically sound unit of rebels who always had their eyes and ears in the right place. They were the Marlon Brando of the punk rock genre.

In the 10 years they existed, The Clash absorbed everything around them and more. Over six albums — yes, we’ll begrudgingly count 1985’s abysmal Cut the Crap — the UK outfit tinkered with punk, reggae, dub, funk, and rockabilly. And about 96% of the time they were successful in their reinventions, a hallmark that crowned them “The Only Band That Matters.” Even today, more than 30 years after they packed it up, they continue to influence a handful of scenes and genres.

This week’s 40th anniversary of the band’s self-titled debut has us revisiting everything from 1978’s oft-forgotten Give ‘Em Enough Rope to 1982’s addicting Combat Rock. In light of this brief nostalgic spell, we rounded up what we feel are The Clash’s 20 most essential tracks and even ranked ’em. Sound simple? Oh, if only.