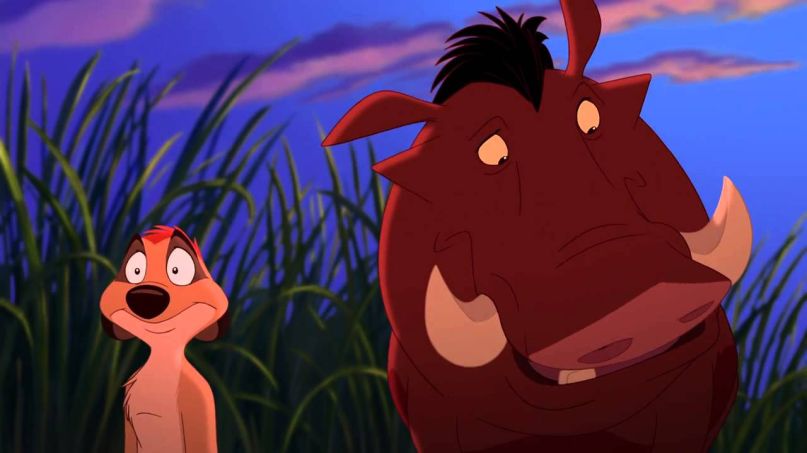 It’s been a busy week for Disney’s growing pantheon of cinematic universes. Yesterday, the studio confirmed several major release dates over the next few years, including plans for Star Wars Episode IX to break with recent tradition and arrive in May 2019. Among the release date blitz came more news on what’s already become one of the most anticipated Disney projects since its announcement last fall: Jon Favreau’s CGI-heavy update of The Lion King.

Likely to be styled in the vein of Favreau’s critically and commercially successful take on The Jungle Book, the new Lion King will see Donald Glover taking over as everybody’s favorite cub/orphan/inappropriately attractive pride leader Simba, and James Earl Jones reprising his inimitable work as Mufasa. (It’s also been rumored of late that Beyoncé is being aggressively courted to play Nala.) But as the film continues to assemble its all-star cast, news has emerged that the (arguably) most beloved pair of sidekicks in the Disney canon, Timon and Pumbaa, might have found their modern-day counterparts.

The Wrap reports that Billy Eichner and Seth Rogen are in final negotiations to play the fast-talking masters of hakuna matata. Together they will sing to a TBD future Disney child star who will not be Jonathan Taylor Thomas this time around, and later to Donald Glover, which is a pretty funny image if you stop to consider it.

However, fans will have to wait a while to see if Rogen and Eichner can match the unbridled fun originally brought to the roles by Nathan Lane and Ernie Sabella. The Lion King will officially be released on July 19th, 2019, because those uncannily anthropomorphic animals are going to take some time to bring to life. In the meantime, sit back and enjoy the idea that Timon is about to have some approximation of this voice: