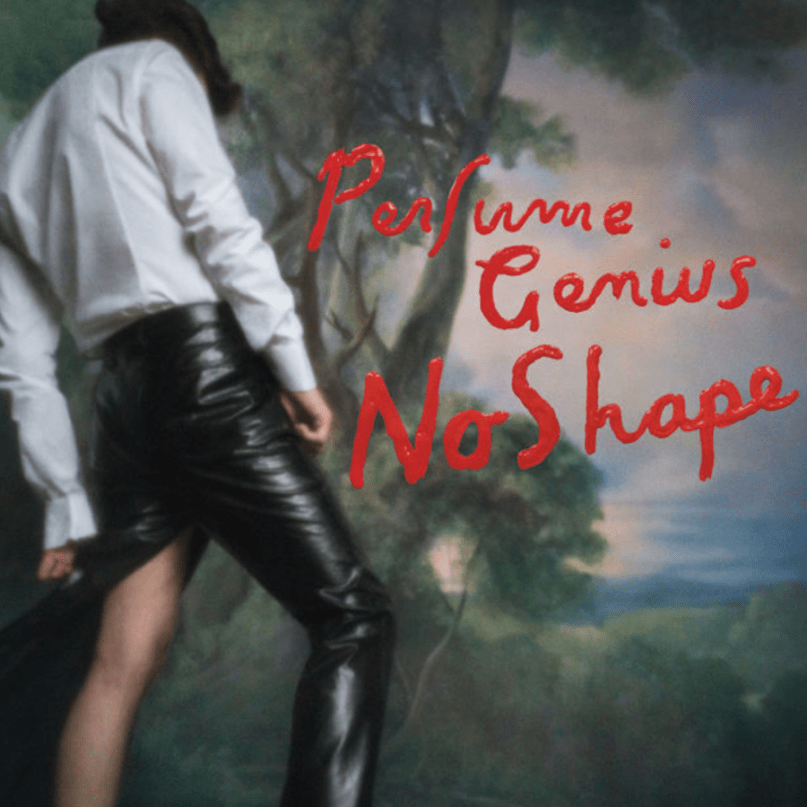 Thematically and lyrically, Perfume Genius’ fourth album, No Shape, lands right away. Mike Hadreas, who has been making music as Perfume Genius since 2008, has always used gorgeous imagery to grapple with the personal and political complexities of being a queer artist, most notably on his acclaimed 2014 album, Too Bright. No Shape is a powerful continuation and evolution of those themes, with each song clearly carrying an undercurrent of elegant but unwavering rebellion. However, what is markedly different from prior Perfume Genius albums is just how full and opulent this new record is, as well as how dynamic and experimental it gets. The way that I ultimately made sense of the sonic progression of No Shape’s 13 tracks came through seeing the album as a night out in a dark, twisted, and wonderful wonderland, with the progression of tones and energies tracking through the intoxicating highs and into the deliriously honest haze of the early morning.

The opening track, the perfectly titled “Otherside”, is a journey that starts as a delicate piano ballad, not unlike much of Hadreas’ previous work, until it takes you tumbling right into a burst of ecstatic, shimmering noise. The sonic symbolism of Hadreas breaking through into a new realm of creative freedom lands with ease, especially as the opening track transitions into “Slip Away”, the album’s euphoric first single and early song-of-the-year contender. “Slip Away” is a joyful, almost fantastical ode to loyalty and love among outsiders, and the one-two punch of “Otherside” and “Slip Away” makes for one hell of an entrance, announcing Hadreas’ presence as a confident, established musician and vital queer voice.

The first half of the album continues with track after track of bright, sweeping crescendos and an irresistible, commanding boldness. “Watch me walk on by/ Next one won’t be free,” he quips on “Go Ahead”, amidst a bricolage of organic and artificial sounds ranging from rubbery synth to a playful pots-and-pans style percussive clang. Hadreas delivers the challenges and come-ons of “Go Ahead” and other songs from the first half of No Shape with a seductive, playful intensity, like he’s lasered his unwavering eyes on you but has a clear sparkle in them.

On “Valley”, the artist asks, “How long must we live right/ Before we don’t even have to try?” — confronting the demands of a world that has enormous expectations for just exactly how gay people are meant to exist within it; while amidst the rapturous glow of “Wreath”, he embraces everything difficult and beautiful and strong about his journey, delivering a glittering, liberating chorus that could soundtrack every moment of redemption in any underdog’s life.

Then the halfway point comes with “Every Night”, and No Shape slips backstage and beyond the party so to speak. The song is a lovely pause for breath, still allowing the ringing energy of the prior songs to inform it but holding its own as a contemplative ballad. The latter half of the album feels like a hazy, sometimes frantic journey into the middle of the night, with “Choir” playing like a horrorscape teeming with beautiful phantoms and “Die 4 You” diving right into a deeply erotic, minimalist seduction that holds back and gives in with just the right balance. The sense, as the album moves through its final act, is of after-after-parties that hold a drowsy, heavy sort of theatricality and sentimentality. “How many times I leave/ When I used to stay,” moans guest vocalist Weyes Blood on “Sides”. “Run Me Through” takes an even slower, more syrupy pace, and the album closes with the almost-lullaby of “Alan”, a sweet and powerful revelation on which Hadreas asks lovingly, tenderly, almost incredulously, “Did you notice we sleep through the night?/ Did you notice everything’s alright?”

One of the greatest accomplishments of No Shape is how it provides a lush, seemingly endless musical playground in which Hadreas’ stunning, one-of-a-kind voice can push past any limits and shine in new and unusual ways. With all due respect to No Shape’s sensational production (courtesy of Blake Mills), artfully employed camp, and poignant examinations of queer identity, it’s that voice, which is so compelling in its clarity as well as in its oh-so-human idiosyncrasies, that is the magic of Perfume Genius. Throughout the album, Hadreas trembles, sighs, moans, bends his notes to convey everything from yearning and fear to determination and bliss.

No Shape may feel, to some listeners, less cohesive than past Perfume Genius records, but it makes up for that with endless inventiveness and daring passion, and it indicates that Hadreas is a musician who is only growing more vital as he develops and expands his sound.