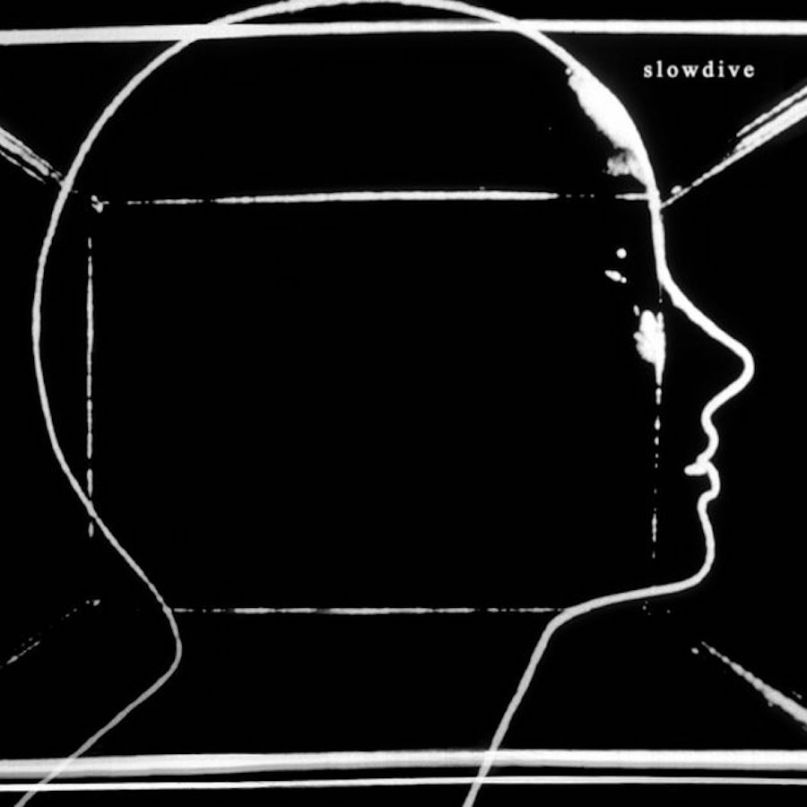 It’s no secret that shoegaze finds itself in dire straits these days due to a lack of innovation. While the genre’s roots are alive and evident, contemporary artists are electing to show flashes of it in their pop or metal rather than playing a traditional shoegaze sound. Creating ethereal dream pop in the style of Beach House or channeling punishing metal riffs through delay pedals like Alcest is about the extent of forward thinking that the genre has seen over the last 20 years. Indisputably, Slowdive contributed significantly to both of these extremes in the early ’90s. While it would be largely unfair to expect the British quintet’s comeback record (their first in 22 years) to provide shoegaze with its much needed jolt of innovation, the eponymous album does serve as an excellent example of what a great shoegaze record should sound like.

Slowdive has all the poppy, incandescent guitar tones and beautiful, eerie melodies that have long made the band fairly accessible. The new record also does away with the Eno-esque ambience they experimented with on their last album, 1995’s Pygmalion. Instead, Slowdive have crafted an offering that has more in common with their classic 1993 sophomore effort, Souvlaki, and yet the album refrains from being simply a banal imitation of the past. No, Slowdive captures a renewed outfit effortlessly crafting deep atmospheres and trance-like dream pop qualities with a unique nod to their past discography.

(See: 10 Other Shoegaze Bands You Should Know)

The two lead singles, “Star Roving” and “Sugar for the Pill”, feature Rachel Goswell’s angelic falsetto over a shimmering, dreamy canvas and Simon Scott’s steadfast drumming. In classic Slowdive form, behind the sensory overload of textures, these singles are structured around excellent pop hooks. They can swallow an entire room with the warmth of a lullaby, Goswell and vocalist Neil Halstead’s harmonies combining to deliver as much charm as ever. And though these cuts are easy to single out, the album largely works as one engulfing sound, with all eight tracks weaving together for a seamless and blissful daze.

Still, Slowdive is anything but a by-the-numbers release. “Go Get It” is the closest the band has ever wandered into post-rock. Featuring a soft two-minute introduction, the track explodes into a chorus of Goswell and Halstead’s dueling vocals amid a lively cymbal rush and soaring guitars. It’s a no-frills rock track to give the album a needed bit of urgency during a back half where the pieces become more hushed and delicate. “Go Get It” offers the album’s only real flash of untamed clamor on a record that otherwise feels very mature.

The most questionable decision that Slowdive features is tied to the record’s live recording style. Many of these vocal recordings render Neil Halstead’s lyrics indecipherable even by shoegaze standards. While vocal opaqueness has always been part of shoegaze’s mystique, Slowdive have largely rejected that recording style throughout their career, which has positively distinguished the band and their lyrics. The lack of vocal clarity, which would normally be a massive disservice to Halstead because of his fantastic songwriting, is forgivable here as a cushion for his declining vocal range. It’s a sly move from a veteran act that knows its own limits.

It’s strange to call Slowdive a comeback album, because it seems so sure of itself. Instead, it feels like a completely logical next step in their discography. The record fits snugly inside the band’s canon, so much so that it makes the 22 years since Pygmalion all the more difficult to believe. The band have delivered a fresh dream-pop sound that is still uniquely Slowdive. Perhaps they’re fortunate that their return does not follow their magnum opus, but Slowdive delivers nearly everything their fans desire in a return: familiarity, innovation, and vast atmospheres to get lost in.

Essential Tracks: “Star Roving”, “Sugar for the Pill”, and “Go Get It”