Season five will return to a true ensemble format 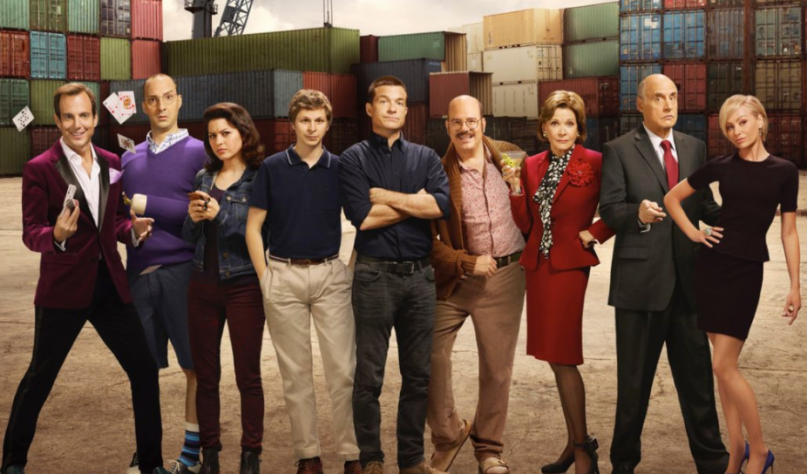 There are dozens of us! Dozens!

Netflix recently announced that it had signed on the entire principal cast of Arrested Development for a fifth season, and now we have a little more information of what form the new episodes will take.

When Arrested Development returned for a fourth season in 2013, fans were eager to see the Bluths back together. But unfortunately, that’s not exactly what they got. With the show’s numerous stars dealing with busy schedules, it was almost impossible to get everyone on screen at the same time. Instead, the season was a series of interconnected vignettes with each episode focusing on just a few individuals at a time.

That won’t be the case for season five, apparently. Will Arnett has revealed to Business Insider that the next adventures of the Bluth family will be structured “much like the original broadcast series.” With the new season not set to premiere until 2018, it seems Netflix was able to find the time to get the whole family back together again. The full-on reunion was actually hinted at in a tweet from the official Arrested Development account when season five was announced, confirming that the “Bluths are all together:”

This time the Bluths are all together. Whether they like it or not. pic.twitter.com/RrCvHiqOCa

“It’s an opportunity to see everyone else,” Arnett added. “It will be very rewarding.”

In addition to Arnett, Jason Bateman, Michael Cera, Portia de Rossi, Jeffrey Tambor, Tony Hale, David Cross, and Alia Shawkat have all signed on to return. And after all these years, you were worried God wasn’t gonna take a call from you.