BadBadNotGood share cover of Andy Shauf’s “To You” — listen

A track from the band's forthcoming Late Night Tales compilation 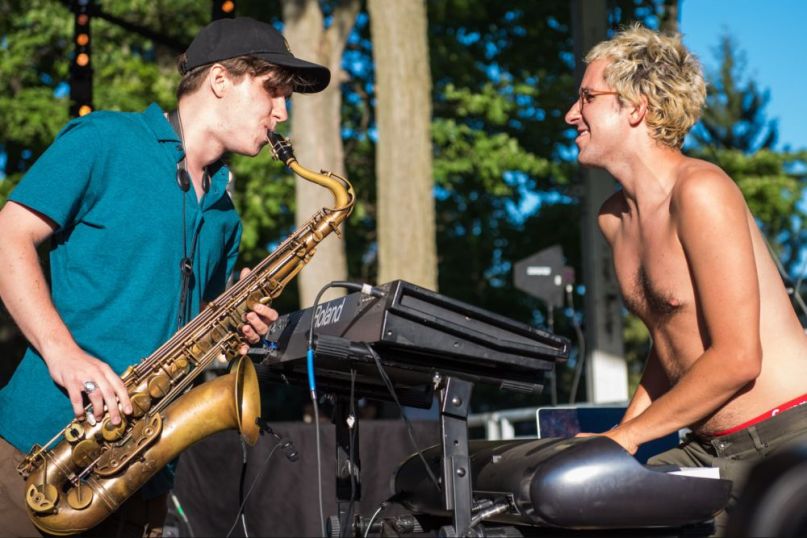 Today, Toronto jazz quartet BadBadNotGood is the latest act chosen to curate a Late Night Tales compilation, joining the likes of MGMT, Belle and Sebastian, Franz Ferdinand, and many more. As per tradition, BBNG recorded a cover song for the album, choosing Andy Shauf’s “To You”, off his 2016 album, The Party.

The group’s interpretation fills in the sparse sound of the original with a wider range of percussion, bigger strings, spacy synths, and an overall less rigid structure. Listen to it below.

“We were really excited to have the chance to put together a Late Night Tales compilation. We decided to use it as a vehicle to show everyone all the amazing music we have gotten to experience by touring and meeting new people,” the band said in a statement. “Every track on this comp was either shown to us by an incredible person or made by one of our friends.”

“We also included a little cover of a song by one of our favorite current musicians, Andy Shauf,” they continued. “These artists, as well as many, many others, have influenced us to create and kept our deep love of music alive. This mix will keep you company on a quiet night by yourself or with friends. You can check it out on the plane, the bus, a long walk, or any situation where you want a soundtrack for reflection and meditation.”

BBNG have also released a brief sampler of the compilation, which you can hear below.