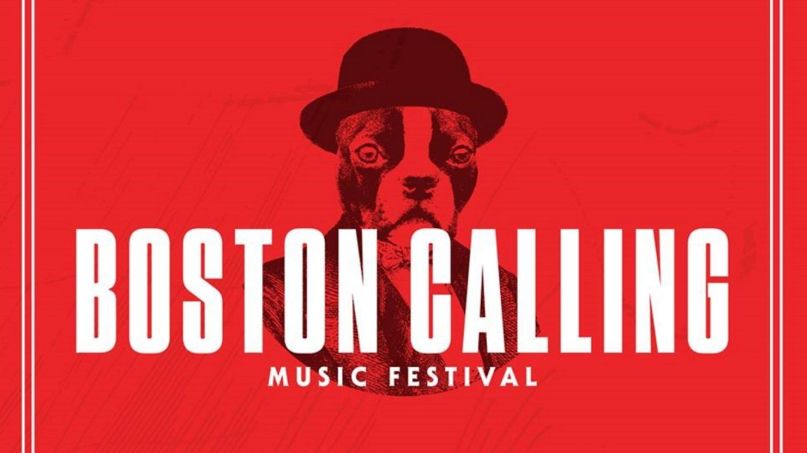 I was already creeping towards six feet before I was out of middle school, so I know a thing or two about growing pains. I wasn’t just a tall kid either, as I was gangly and awkward to boot. Getting bigger brings with it all sorts of clumsy issues, and not all of us are able to handle it with the utmost grace. For all its hiccups and missteps, however, Boston Calling Music Festival pulled off its transition from tiny city-center festival to major open-field event with laudable success.

In years past, BC was situated in City Hall Plaza, an unattractive square of brick right outside City Hall. Moving to the Harvard Athletic Complex technically put the festival in Allston but also provided room to add a third stage and a dedicated comedy facility. It also presented a bunch of new issues to deal with, despite having had the previous location down to a relative science. Audiences let the festival organizers know it, too, taking to social media to complain about any number of “failings.” Lines were too long for food and bathrooms, cell service was sporadic, egresses in and out of certain areas were too limited, and dammit there was mud on the ground.

It’s true food was an overall issue (vendors consistently ran out of food over the first two days and use of credit cards was hampered by poor connectivity), but frankly all those other issues are standard practice at big festivals. Mud? Really? It rained Thursday and Friday; what did you expect? Besides, more than half the grounds were actually astroturf, including the entire field in front of the Blue Stage, so that just seems nitpicky. As for the bathroom and egress issues, it seemed to me this was a lack of familiarity with the grounds by patrons more than a shortcoming of festival organization. For the first two days, it appeared that most folks were unaware of the pathway on the far side of the festival, the one lined with a row of porta potties for which there was never more than a three-minute wait.

I’m not arguing this new Boston Calling was perfect. Still, the crew was getting used to a brand-new venue, and they did their best to work things out on the fly. By day three, food seemed less of an issue, crowds understood how to flow through the grounds better, and adjustments were made to speed up entry into the festival and certain VIP areas. Could there have been more activations and activities to keep the crowd entertained between acts they wanted to see? Sure. Does the GA space between the Red Stage and nearby main Green Stage need to be rearranged to avoid congestion? Absolutely. But should Boston Calling return to its former, smaller self? Not a chance.

First off, that’s just a bad business strategy. More importantly, from a fan’s perspective, a lineup like the one put together for 2017 could not occur at City Hall Plaza. There were enough major acts to headline three festivals this size (Bon Iver, The xx, Mumford and Sons, Chance the Rapper, Tool, Weezer). Local acts were represented in almost every genre and era (Vundabar, Cousin Stizz, Converge, Buffalo Tom). Of course, scheduling conflicts are bound to arise with a fest this size, and I can appreciate the sentiment of those who miss the ability in years past to catch every single act on the bill. At the same time, it’s like complaining about the mud again. This is a major festival; what did you expect?

Boston Calling is simply bigger than that now. So much so that it isn’t even contained to one location or one schedule any longer. There are after-parties all over the city, from The Sinclair in Cambridge to Allston’s beloved Great Scott. I even found myself inside the members-only Harvard Lampoon house dancing to a DJ set from Justin Vernon and Aaron Dessner, surrounded by secret society members and industry insiders.

I’ve personally been a supporter of Boston Calling since its inception and frankly found myself nervous the day before I set foot on the new grounds. I worried the expansion would cause it to have its first major stumble, and in the modern festival market, there’s always the risk it wouldn’t survive even one failure. With an unparalleled lineup, a willingness to listen to attendees’ concerns, and an assured and capable team behind the scenes, however, I’m happily still able to stand behind the event with complete confidence. There were issues with the first few incarnations of BC, so the fact that there were some miscues as they entered a new phase shouldn’t be surprising. But by the time I was 14, the pains in my joints subsided, I figured out how to control my lanky limbs a little better, and I grew more confident. Boston Calling will do the same, and it will be better for it.

Besides, aren’t these things all about the music anyway? You can’t even begin to say Boston Calling didn’t knock it out of the park on that front, so read on for more on the best sets of the weekend and an exclusive photo gallery.

Previous Story
Foo Fighters get plug pulled at BottleRock Festival, keep playing anyway
Next Story
Pitbull would like you to remember those who made the ultimate sacrifice for America, including Pitbull
Popular
More Stories
[fu-upload-form form_layout="media" title="Submit Your Photo"][input type="hidden" name="ugc" value="1"][/fu-upload-form]