A taste of their upcoming full-length debut, Family Hangover 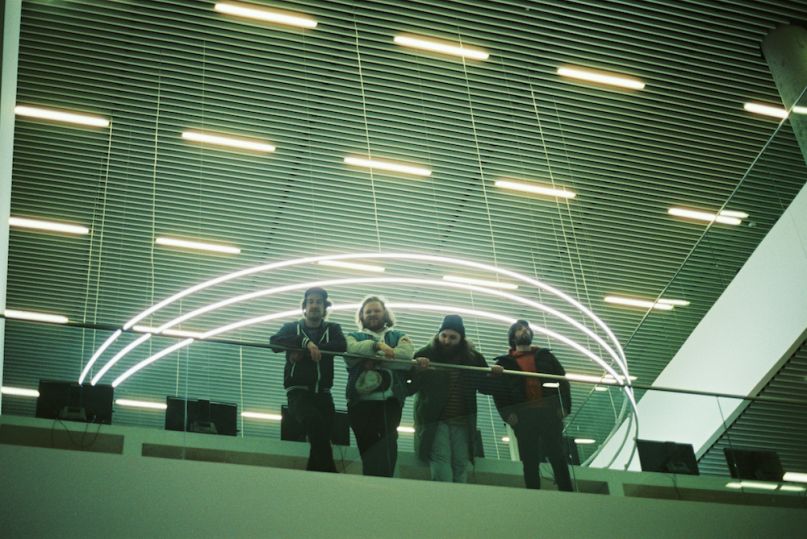 Rising four-piece Walrus hail from Halifax and have the strong support of their fellow Canadians, including two-time JUNO awardee Dan Mangan, who signed them to his label. However, take one quick listen to their music and you’d swear they were born and raised somewhere across the pond circa the late ’60s. Their style of simmering psychedelic rock takes cues from multiple English musical heroes from that era, such as Pink Floyd, David Bowie, The Beatles, and T-Rex.

For an easy example, look no further than “Glam”, the band’s latest single. Long, languid stretches of spacey meanderings eventually wind themselves up into tight knots that beg to be undone, to be free again. Walrus, led by singer Justin Murphy, pile on that pressure and tension, knowing full well the later exhale will be worth the wait. And it is — after minutes of intense revving up, Walrus bring about a magnificent explosion of noise and heat.

“I wrote this song a long time ago after we had released a tape called ‘Glam Returns’ and to me I thought it would be funny to have a song called ‘Glam’ come out after the ‘Glam Returns,'” Murphy tells Consequence of Sound. “I always felt the song had a sort of glammed out Bowie, T-Rex thing going on with the big bass line and short slappy guitar chords. The lyrics are about as existential as I will ever get. I hope.”

“Glam” is taken from Walrus’ debut album, Family Hangover, due out June 9th through Mangan’s Madic Records. Pre-order it here.