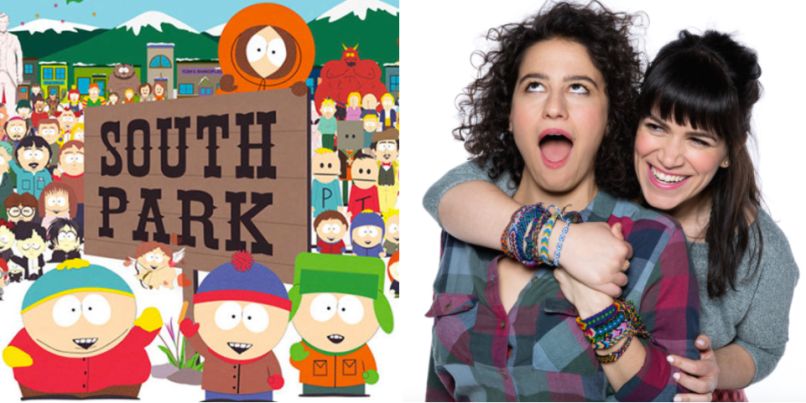 If you’re anything like us, comedy has become a godsend in these dark times that are the Year of Our Lord 2017. Which is why we’re grateful that on August 23rd, Comedy Central will part the heavens and deliver two highly anticipated season premieres. At 10:00 p.m. EST/9:00 p.m. CT, the network will kick off season 21 of the iconic South Park. Just a half-hour later, Abbi and Ilana will return for season 4 of Broad City.

The 16-month gap between season three and the forthcoming season of Broad City is the longest in the show’s run. Stars Abbi Jacobson (Person to Person) and Ilana Glazer (Rough Night) have been off launching film careers, but they’re back for 10 episodes of their breakout series. The new season will see the pair experience their first New York City winter while experimenting with mushrooms, celebrating their Friendiversary, traveling to Florida, and introducing viewers to Abbi’s mom.

As for South Park, the long-running cultural phenomenon is coming back to a climate that would appear ripe for the show’s brand of socio-political commentary. However, creators Trey Parker and Matt Stone stated earlier this year that the current state of politics in our country is “not something you can make fun of.” Then again, there’s always the chance that by the time they start cranking out episodes we’ll be talking about the 46th President of the United States.