Noel Gallagher shared video of the impromptu performance via Twitter 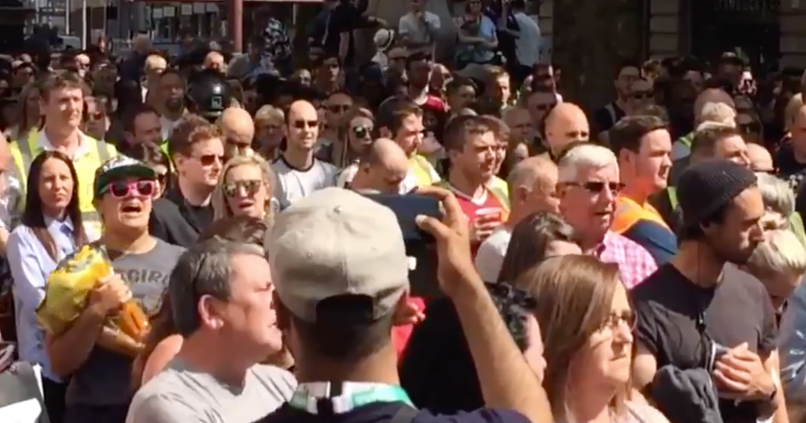 Josh Halliday of the Guardian caught up with Bernsmeier-Rullow and asked her what inspired the performance. “‘Don’t Look Back in Anger’, that’s what this is about. We can’t be looking backwards to what happened, we have to be looking forward to the future,” she explained.

Just spoke to Lydia Bernsmeier-Rullow, the amazing woman who started that impromptu Don't Look Back In Anger singalong in St Ann's Square pic.twitter.com/aGKuYJw65V

Oasis’ Noel Gallagher, himself a native of Manchester, tweeted video of the impromptu performance: