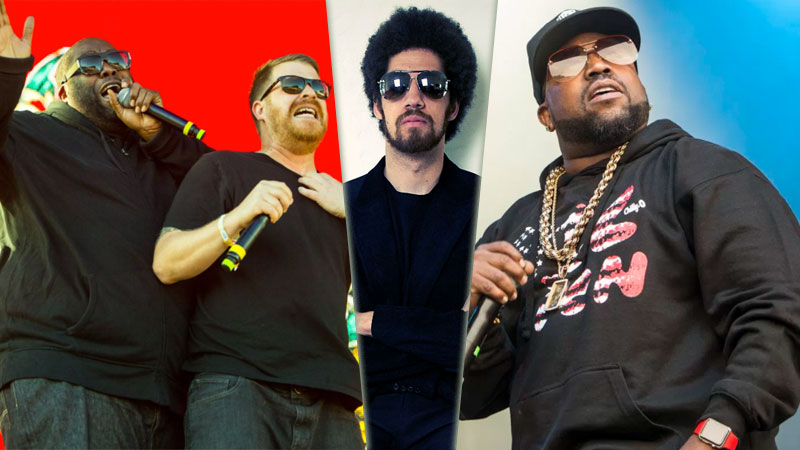 Photos of Run the Jewels and Big Boi by​ Philip Cosores

When Danger Mouse was shown a cut of Edgar Wright’s latest passion project, Baby Driver, last year, the super-producer was struck by one prominent character in the film: the city of Atlanta. So when it came time for the producer a.k.a. Brian Burton to contribute a song to the movie’s soundtrack, he knew he had to bring along some of ATL’s finest: Big Boi and Run the Jewels. (Yes, we know El-P is from New York, but Killer Mike is a proud Atlantan.)

The resulting track, “Chase Me”, is being shared today. “I’ve been doing more Hip Hop stuff recently, so I bugged both RTJ and Big Boi to jump on it,” Danger Mouse explained in a statement. “We’ve all known each other for years and talked about working together before so I’m really glad this could happen now.”

Take a listen below (via Pitchfork).

Described by our own Michael Roffman as the “La La Land of car chase movies,” Baby Driver is due to hit theaters on June 28th. Watch the film’s latest trailer below.