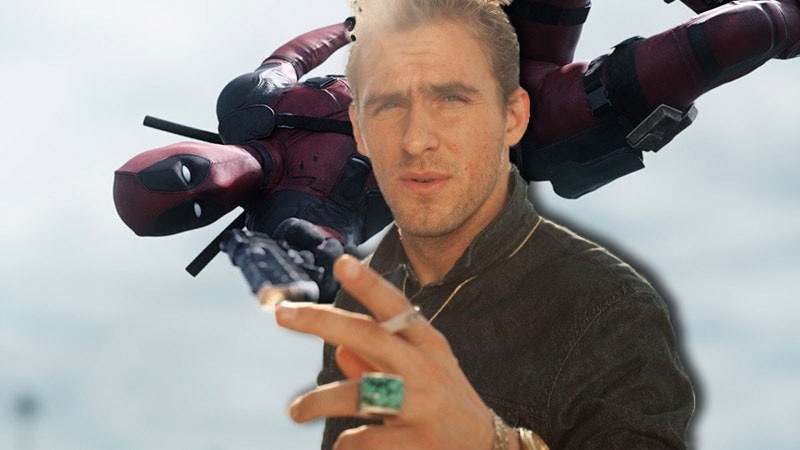 Deadpool has found his next target. Deadline reports that Jack Kesy has signed on to play the primary villain in the forthcoming sequel.

Kesy is perhaps best known for his role as the goth rock star Gabriel Bollivar in TV’s The Strain. He’ll next be seen in Baywatch and the war drama Horse Soldiers alongside Chris Hemsworth and Michael Shannon. Rumor has it that he’ll be portraying classic X-Men adversary Black Tom Cassidy in the upcoming R-rated superhero sequel.

In the books, Cassidy is the cousin of the X-Man known as Banshee (played by Caleb Landry Jones in X-Men: First Class). His powers involve a connection to plant life, with Cassidy able to bond with and manipulate energy through wood. Typically, this involves shooting concussive blasts through his weapon of choice, a shillelagh. He also frequently teams up with Juggernaut, a powerful mutant played by Vinnie Jones in X-Men: The Last Stand. (Coincidentally, Kesy is in post-production on an indie feature entitled Juggernaut.)

The character has a few direct connections to Deadpool, as well. At one point, he raised Banshee’s daughter, Siryn, who would go on to have a romantic relationship with Deadpool. He also once attempted to steal the Merc with a Mouth’s healing ability to counteract a secondary mutation that turned him more and more plantlike.

Coming from director David Leitch, Deadpool 2 is expected in theaters on June 1st, 2018.