The initiative, which established programs in 50 countries, also resulted in the song "This Is For My Girls" featuring Missy Elliott and Janelle Monáe 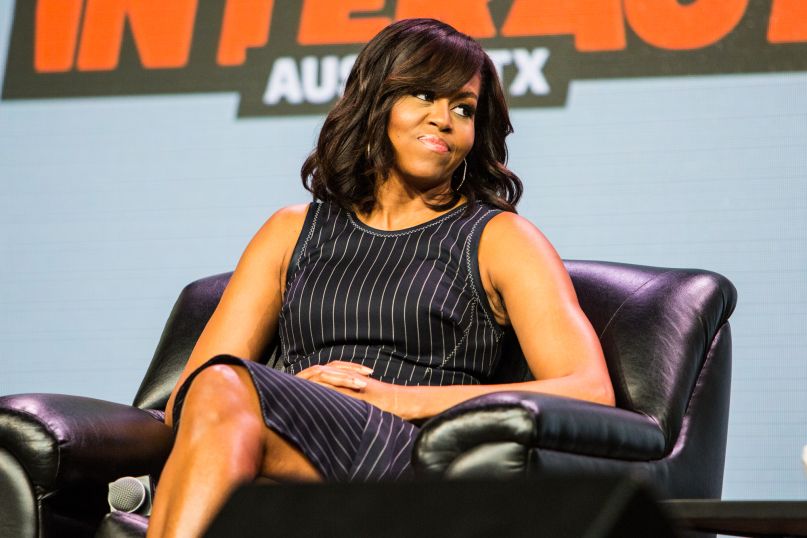 One of Michelle Obama’s major initiatives as First Lady was Let Girls Learn, which was established in March 2015 to “address the range of challenges preventing adolescent girls from attaining a quality education that empowers them to reach their full potential.” To awareness for the cause, Obama collaborated with the likes of Missy Elliott, Janelle Monáe, and Diane Warren on a song called “This Is For My Girls”, which she and Elliott would later perform during an appearance on Carpool Karaoke. Mrs. Obama also spoke about the initiative during an appearance at SXSW last year.

In less than two years, Let Girls Learn established education programs in 50 countries, raising millions of dollars in public and private funding in the process. By all accounts, the program has been a smashing success, and yet, because the Obama name is attached to it, Donald Trump now wants to end it.

According to CNN, the White House administration has instructed the Peace Corps to end the initiative immediately. In an internal email obtained by CNN, the agency’s director, Sheila Crowley, wrote, “Moving forward, we will not continue to use the ‘Let Girls Learn’ brand or maintain a stand-alone program.”

Tina Tchen, a spokeswoman for Mrs. Obama called the decision “unfortunate,” adding, “We think that this is an issue that has bipartisan support, it’s really not a Republican or Democratic issue.”

Speaking with CNN, Tchen also noted that Let Girls Learn had several years worth of funding “already baked.” She explained, “We were hopeful that given that, it could continue. But obviously elections have consequences, and nobody knows that better than we.”

Never one to shoulder responsibility, Donald Trump referred comment on the decision to his wife, Melania, who also declined comment.

Below, revisit “This Is For My Girls” along with Mrs. Obama’s appearance on Carpool Karaoke.