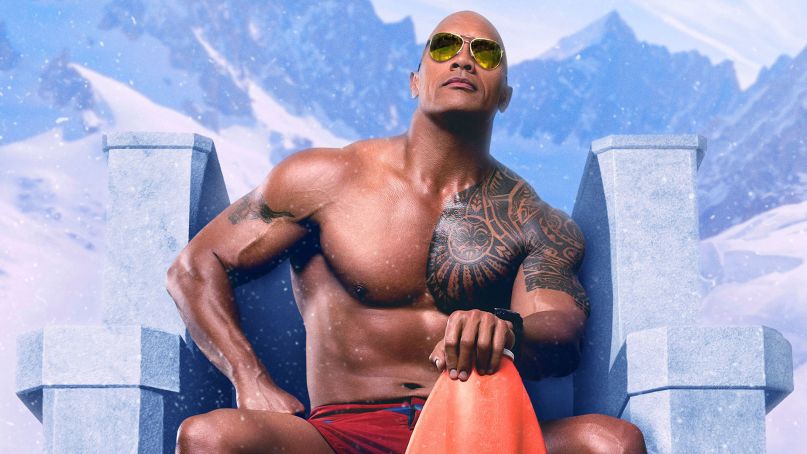 Now that we live in an America where the 45th president is openly punishing anybody who dares to investigate him, we’re through the looking glass when it comes to what constitutes a future leader of a nation. So in these troubled times, why can’t it be Dwayne Johnson? If the dickhead from The Apprentice can do it, why not the People’s Champ?

The idea of the former Rock and current A+-list movie star running things has been floated out for a while now, particularly in a Vanity Fair conversation in which Johnson himself expressed future political aspirations. And since Jesse “The Body” Ventura went from professional wrestling to Predator to a governor’s seat in Minnesota, there’s precedent for an ex-WWE face to make his way into the Oval Office. (If you didn’t know, our current sitting President/international embarassment is a WWE Hall of Famer as well.)

Johnson hasn’t stated any outright intention to run in 2020 or beyond as of yet, but the interest is clearly there. As the press rounds for this month’s Baywatch begin to ramp up, so too has renewed discussion of Johnson’s prospects as a future candidate. Last year, a Washington Post op-ed posited a scenario in which the actor could win, one that’s only gained strength in the Trump era of pop celebrity becoming its own political weapon. While there’s certainly room for debate on how good an idea this would or would not be (it’s arguable that doubling down on anything that made Donald Trump the American president isn’t a great plan), it’s undeniable that Johnson has the exact sort of cultural ubiquity that comes at a premium in today’s connected world.

While it would put us yet another step closer to Southland Tales coming true, the actor’s new GQ cover story saw him further speak on the prospects of a President Dwayne Johnson: “A year ago…it started coming up more and more. There was a real sense of earnestness, which made me go home and think, ‘Let me really rethink my answer and make sure I am giving an answer that is truthful and also respectful.’ I didn’t want to be flippant — ‘We’ll have three days off for a weekend! No taxes!’”

He considers a future run a “real possibility,” and had this to say on what he’d like to see in an American leader: “I’d like to see a better leadership. I’d like to see a greater leadership. When there’s a disagreement, and you have a large group of people that you’re in a disagreement with—for example, the media—I feel like it informs me that I could be better. We all have issues, and we all gotta work our shit out. And I feel like one of the qualities of a great leader is not shutting people out. I miss that part. Even if we disagree, we’ve got to figure it out. Because otherwise I feel, as an American, all I hear and all I see in the example you’re setting is ‘Now I’m shutting you out. And you can’t come.’”

The whole of the article is well worth reading, for Johnson’s thoughts on Trump (“If I were president, poise would be important”) and the immigrant ban (“I believe in our national security to the core, but I don’t believe in a ‘ban’ that bans immigrants”) among others.

Plus, if we may, a quick demonstration. Look at how the current President sells a Stone Cold Stunner:

Flaccid and wan, Trump’s stunner sells are what 45 might refer to as “Sad!” Now, by contrast, consider Johnson’s prowess in a similar situation:

Look at the gusto with which he sells it. That might just be presidential material right there.