Roger Waters himself signed off on the design 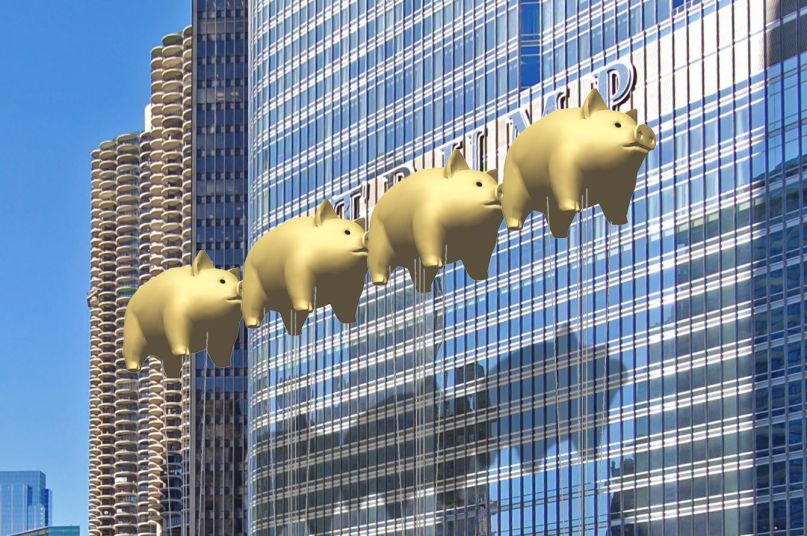 Inspired by Pink Floyd’s famous Battersea flying pig, an architect is working to relieve commuters of having to see our President’s name emblazoned on the side of Chicago’s Trump Tower, which looms over the Loop as a constant reminder of our country’s current state. The solution? Four flying, gold-colored pigs, strategically placed to obscure Trump’s name.

Architect Jeffrey Roberts first announced “Flying Pigs on Parade” back in November and it’s now queued up for a tentative launch this summer. According to Architectural Digest, each pig will measure 30-feet by 15-feet and be tethered to a barge on the Chicago River. The pigs will fly for just a single day, but Roberts plans to take them around to other Trump-infested cities throughout the country.

“In 1977 Pink Floyd rendered their musical interpretation of the allegory into the concept album Animals in response to social-political conditions in late-70’s Britain,” Roberts writes on the project’s website. “Like Orwell’s book, the interpretive messages of Animals have unfortunately become highly relevant again.”

As he holds the image rights, Roger Waters himself needed to sign off on Roberts’ reappropriation, which he was apparently happy to do.

“The art folly has been created to provide visual relief to the citizens of Chicago by interrupting the view of the ostentatious Trump Tower Chicago sign,” Roberts says. “The design follows rigorous rationale in providing layers of meaning but ultimately allows for interpretation by individual viewers.”

“Ultimately,” he continues, “this is a very rational design and is in direct contrast to the chaotic nature and bizarre antics of our current leadership.”

Check out the concept artwork for the installation below.