The President is Missing, a story of "intrigue, suspense and behind-the-scenes global drama," arrives in June 2018 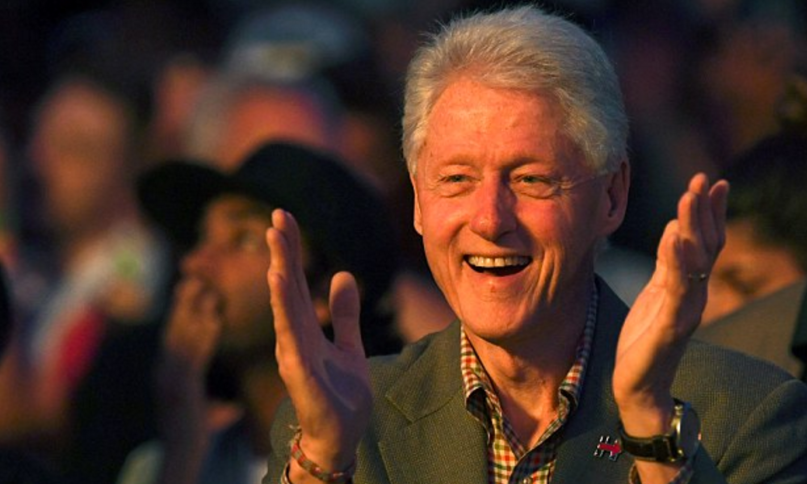 Political intrigue isn’t in short supply inside airport bookstores, but how many fiction novels can claim an author with the experience and know-how of an American president? In 2003, Jimmy Carter became the first president to write a work of fiction with The Hornet’s Nest. Now, Bill Clinton is joining the club, as the former president (and almost First Man) is co-writing a novel with best-selling author James Patterson.

The Hollywood Reporter notes that the duo’s book will be called The President is Missing and that it will be released via Alfred A. Knopf, Clinton’s publisher, and Hachette. The book itself is described as “a unique amalgam of intrigue, suspense and behind-the-scenes global drama from the highest corridors of power,” though further plot details are scarce. Clinton and Patterson will head out on a national book tour to coincide with its release.

Clinton said of the project, “Working on a book about a sitting President — drawing on what I know about the job, life in the White House, and the way Washington works — has been a lot of fun. And working with Jim has been terrific. I’ve been a fan of his for a very long time.”

“I’m a storyteller, and President Clinton’s insight has allowed us to tell a really interesting one,” said Patterson. “It’s a rare combination — readers will be drawn to the suspense, of course, but they’ll also be given an inside look into what it’s like to be President.” He called working with Clinton “the highlight of my career.”

Statements from the editors of this “blockbuster collaboration” describe the book as “riveting” and “full of intricate plotting and detail.”

It sounds exciting, but considering Patterson’s a sworn enemy of our favorite author we understandably have mixed emotions about Clinton’s choice of collaborator.

Update – September 22nd: Showtime has acquired the rights to the book and has given a straight-to-series order for a TV adaptation, according to The Hollywood Reporter. The book itself is set for release in June 2018.