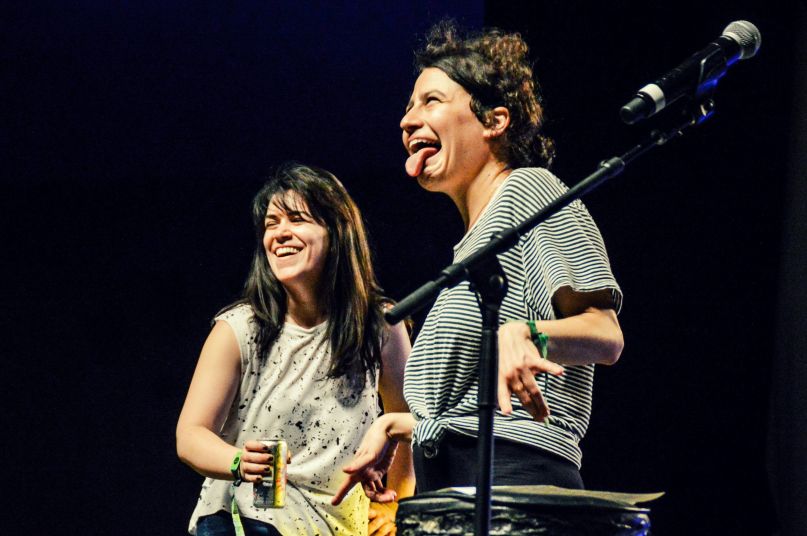 Comedy Central’s inaugural comedy and music festival Colossal Clusterfest kicks off in San Francisco on June 2nd. Among the confirmed highlights: Jerry Seinfeld, Ice Cube, Sarah Silverman, Bob Odenkirk, and many more. Abbi Jacobson and Ilana Glazer of Broad City are also on the bill, presiding over a live reading of Wayne’s World for its 25th anniversary. Today, more details on who will be involved in the unique event have been revealed.

Obviously, Glazer and Jacobson will play Wayne and Garth, respectively. Tig Notaro will play Rob Lowe’s sleazy Benjamin Kane, Moshe Kasher will read for the dopey Russell Finley, Ron Funches has been tapped as accident-prone Stacy, and John Michael Higgins will play goat-blower Noah Vanderhoff. Janet Varney, Chris Gethard, Eliot Glazer, Beth Stelling, and more will round out the cast. In perhaps the best move of the night, Tia Carrere will be on hand to reprise her role as Cassandra, Wayne’s object of affection.

A live soundtrack will be provided by The Killer Queens, an all-women Queen tribute band. We can’t wait to hear their take on “Why You Wanna Break My Heart”.

The reading will take place Saturday, June 3rd. As of now, we have no word on who will play Alice Cooper. Maybe someone from Mil-ay-wau-kay?