James Corden to return as Grammys host in 2018 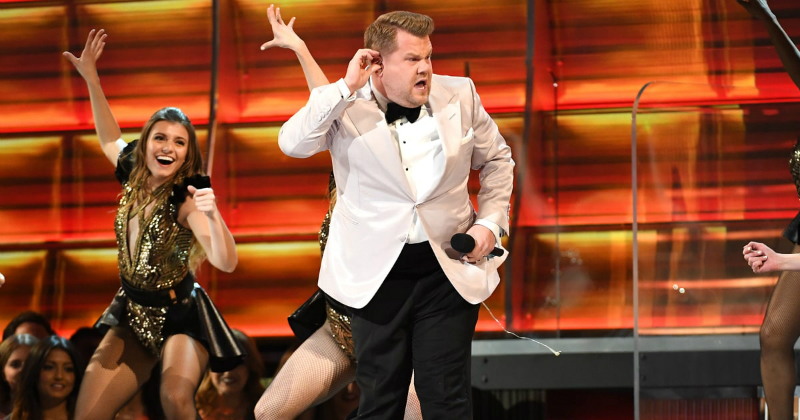 The Grammy Awards will return to Madison Square Garden for the show’s 60th anniversary on February 11th 2018, and last year’s host James Corden will again serve as the master of ceremonies.

The Late Late Show host received generally favorable reviews for last year’s show, which saw Corden rap his intro and then tumble down a staircase (on purpose), before hosting a star-studded edition of his trademark “Carpool Karaoke” segment that saw the likes of Jennifer Lopez, John Legend, Faith Hill and Tim Mcgraw join Neil Diamond for a rendition of his classic “Sweet Caroline”. The skit was the kind of celebrity-filled happening that people tune into the Grammys for (lord knows they don’t tune in for accuracy of the awards given—looking at you Macklemore), and the skit was pushed into maximum cuteness when Blue Ivy Carter decided to walk over and join the group in an apparently impromptu moment. It’s almost like the little one has performing in her genes or something…

The Grammys return to the Big Apple for its 60th show is significant because although the show alternated between NYC and Los Angeles for most of its history, organizers more or less boycotted the city after then-Grammy chief Michael Greene and then-mayor Rudy Giuliani got into a war of words in the press. The ever-charming Giulani called Greene a lair and basically told him to shove it (which was very New York of him) after a misunderstanding between the two about whether or not the camera-loving former mayor could announce a list of nominees at a press conference, causing the awards to flee west to the Staples Center in Los Angeles in 1999 and remain there except for a 2003 return to NYC.

Who knows, perhaps the ever-affable Corden can push renowned Donald Trump supporter Giulani down the stairs this year? Fingers crossed.