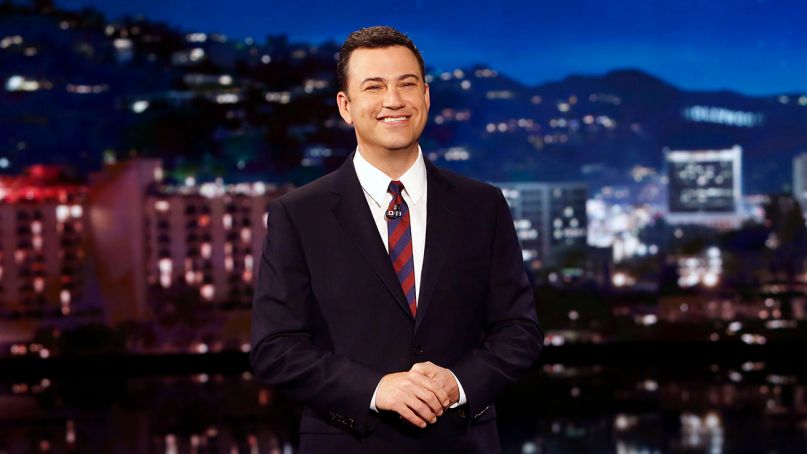 After this year’s wholly boring Oscars ceremony in which nothing of particular note went down at all, we can only hope that next year’s installment (to take place on March 4th, 2018) will spice things up for the ceremony’s 90th year. But whatever happens, and whatever likely or unlikely film takes home the big prize, at least one thing will remain constant: Jimmy Kimmel as the show’s host.

On Tuesday, the Academy announced that Kimmel will return for his second consecutive year in the driver’s seat, which isn’t surprising when you consider how adeptly the late-night fixture handled the La La Land/Moonlight debacle. Plus, as far as deliveries of the Oscars’ signature blend of hoary punchlines and awkward “famous people interacting!” sketches go, Kimmel’s was one of the better in recent years. (He also doesn’t have a Sammy Davis Jr. blackface routine in his repertoire, so that’s a strong plus.)

The Hollywood Reporter notes that “that the late night host will reunite with producers Michael De Luca and Jennifer Todd for the 2018 show.” De Luca and Todd oversaw this past year’s broadcast as well, and have started work early. We can only assume that the head start is in the interest of avoiding any future mishaps. And now, because we can never again talk about the Oscars without this coming up, let’s all relive maybe the worst thing that’s ever happened in the ceremony’s history: