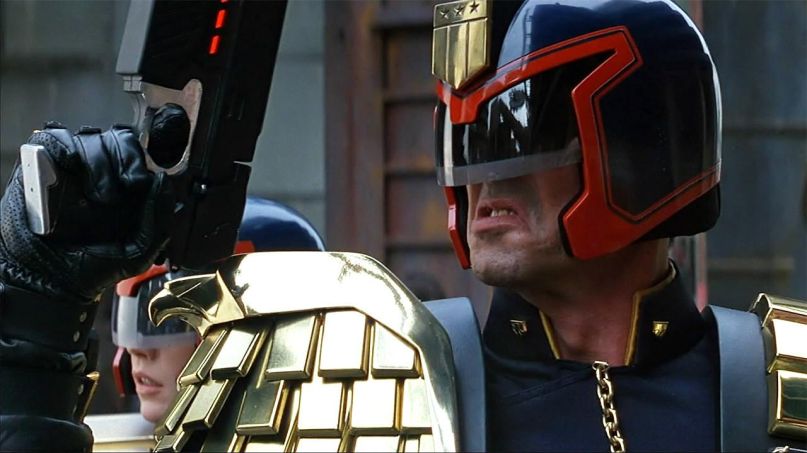 Judge Dredd turns 40 this year and the hard-nosed enforcer looks primed for another go at live-action success after the relative failure of both previous film adaptations of the popular comic series. And, since the film route hasn’t been proven to be a lucrative one for the franchise, it seems creators John Wagner and Carlos Ezquerra’s iconic judges will be heading for the small screen.

Entertainment Weekly reports that IM Global and U.K. games developer and publisher Rebellion—the same crew behind 2012’s Dredd, which is now considered a cult classic—have struck a deal to create TV show called Judge Dredd: Mega-City One. What deviates this approach from others is that it will function as an ensemble drama about a team of Judges who must grapple with a 22nd century version of the U.S. where the East Coast has devolved into a crime-ridden megalopolis.

No talent has been announced as of yet, as the project is still in early development.

“This is of those seminal sci-fi properties that seems to only become and more relevant with age,” said IM Global Television president Mark Stern, who helped develop Battlestar Galactica, in a statement. “Not only is it a rich world with biting social commentary, but it’s also fun as hell! As a fan of the comics and both films, it’s a dream come true to be able to work with Jason and Chris in adapting this for television.”

Rebellion’s Jason and Chris Kingsley elaborate, “We’re very excited to be beginning the journey to get more of Judge Dredd’s Mega-City One on the television screen. Thanks to the legions of fans who have kept up pressure on social media, and a lot of background work and enthusiasm, we aim to make a big budget production that will satisfy both our vast comics audience and the even greater general screen-watching public.”

Hear that, fans? All those tweets might just matter, after all.

Entertainment Weekly also shared a poster for the series, which you can view below.