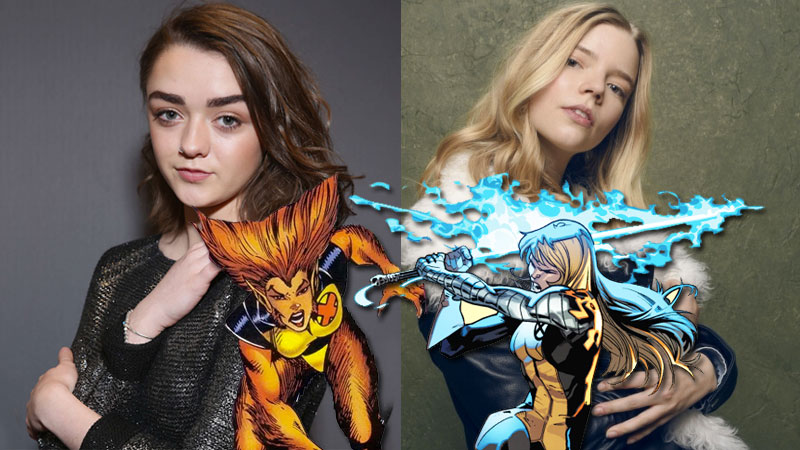 Williams will play Rahne Sinclair, a Scottish mutant codenamed Wolfsbane with the ability to transform into a wolf or half-wolf. Raised by an abusive pastor (later revealed to be her biological father) who beat religion into her, she struggles to balance her mutant abilities with her belief in God. Williams joins her GoT co-star and BFF Sophie Turner, who was introduced as Jean Grey in X-Men: Apocalypse and will headline X-Men: Dark Phoenix next year, in the X-Universe.

(Read: Logan and Comic Book Movies Return to the Source)

Taylor-Joy, meanwhile, has been cast as Illyana Rasputina, a.k.a. Magik. The sister of popular Russian X-Man Colossus (who most recently appeared in Deadpool), Magik is able to teleport herself and others through space (and occasionally time) using “teleportation discs.” Her powers require her to use a dark, mystical realm known as Limbo as a waypoint. As a child, she found herself trapped in Limbo and mastered the mystical arts as a means to survive. She thus has immense if necessant sorcery powers, even wielding the magical Soulsword, a weapon created from her very soul.

Boone is directing New Mutants from a script he co-wrote with Knate Lee. The ensemble film will follow the “angst-driven adventures” of a new crop of young mutants including Native American psionic/psychic Danielle Moonstar, Brazilian fire-starter Sunspot (who appeared in Days of Future Past), flying Kentucky speedster Cannonball, and a techno-organic alien named Warlock. The movie is set for a April 13th, 2018, making it the first of three X-films scheduled for next year; Deadpool 2 is set for June 1st, while Dark Phoenix will land November 2nd.