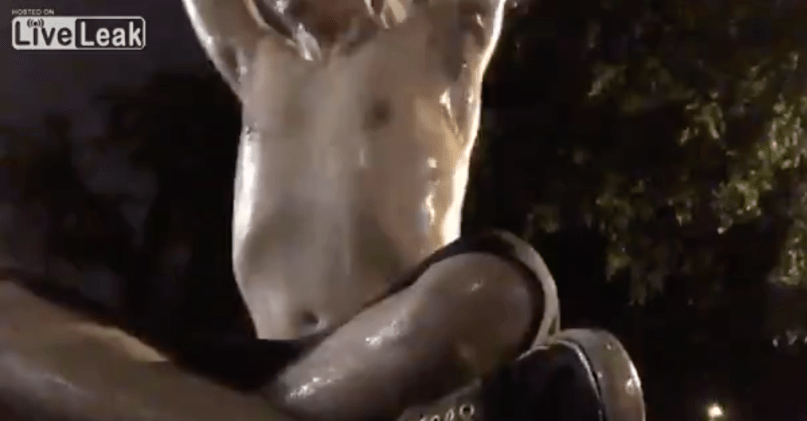 A Memphis musician doused himself in kerosene, lit himself on fire, and ran into a crowded bar/music venue early Saturday morning, according to FOX13.

The 33-year-old man, identified as Jared McLemore, suffered severe burns and died a short time later at a local hospital. Another man who attempted to kick a lighter out of McLemore’s hand also suffered burns, but is expected to recover.

The horrific incident was broadcast live on McLemore’s Facebook page.

McLemore entered Murphy’s, a bar and live music venue, where his ex-girlfriend worked as a sound engineer, Alyssa Moore. Moore told FOX13 that McLemore set himself on fire at her workplace “so she could see the horror for herself.”

McLemore was said to be a well-known musician in Memphis who worked as an audio engineer at Ardent Studios. Last year, he was reportedly arrested after assaulting Moore and threatening to kill her. He was subsequently sentenced to probation, and Moore obtained a restraining order against him.