'Politicians tell us they are unafraid, but they are never the victims" 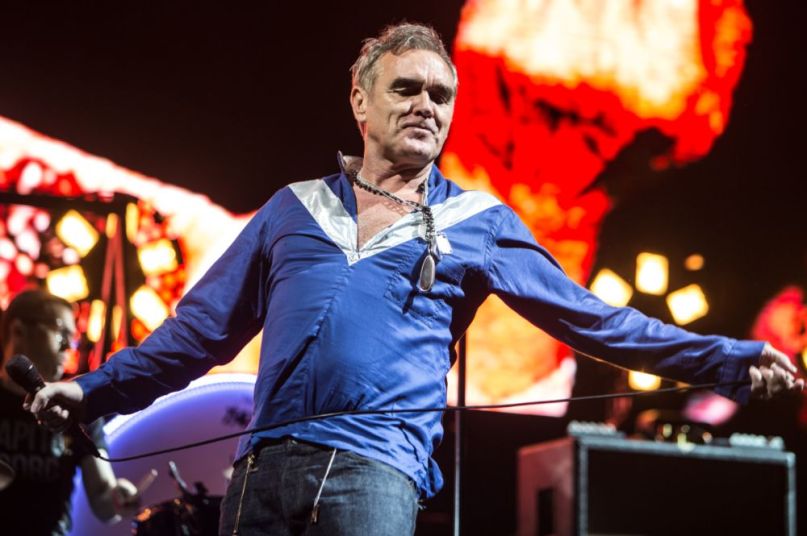 At least 22 people were killed and up to 60 others were injured in a suspected suicide bombing outside of Manchester Arena on Monday night. Many of the victims are believed to have been women and children who had just attended an Ariana Grande concert inside the Manchester, UK venue. As the world mourns the attack, Morrissey has expressed his anger over the perceived lackluster response of UK politicians.

In a statement posted to his Facebook page, Morrissey criticized Prime Minister Theresa May for the hypocrisy of stating such attacks “will not break us” because “the tragedy will not break her or her policy on immigration.” He also called out London mayor Sadiq Khan for merely stating “London is united with Manchester” but not condemning the Islamic State, who’ve claimed responsibility for the bomb.

The Smiths frontman didn’t mince words about The Queen herself, either, pointing out that while she received “absurd praise” for “strong words” against the attack, she didn’t cancel “today’s garden party at Buckingham Palace — for which no criticism is allowed in the Britain of free press.” Finally, Manchester mayor Andy Burnham took flak for merely calling the attack “the work of an ‘extremist.'” “An extreme what?” Morrissey questioned. “An extreme rabbit?”

To conclude his diatribe, Morrissey prodded fellow Brits to follow his example. “In modern Britain everyone seems petrified to officially say what we all say in private,” he stated. “Politicians tell us they are unafraid, but they are never the victims. How easy to be unafraid when one is protected from the line of fire. The people have no such protections.”

Of course, this is the same Morrissey who has outwardly praised Brexit and its decidedly non-progressive values of racism, xenophobia, and isolationism, so today’s comments shouldn’t come as much of a surprise. Read his full statement below.