Can the show's creators manage to clean up the Rayburns' mess in a single season? 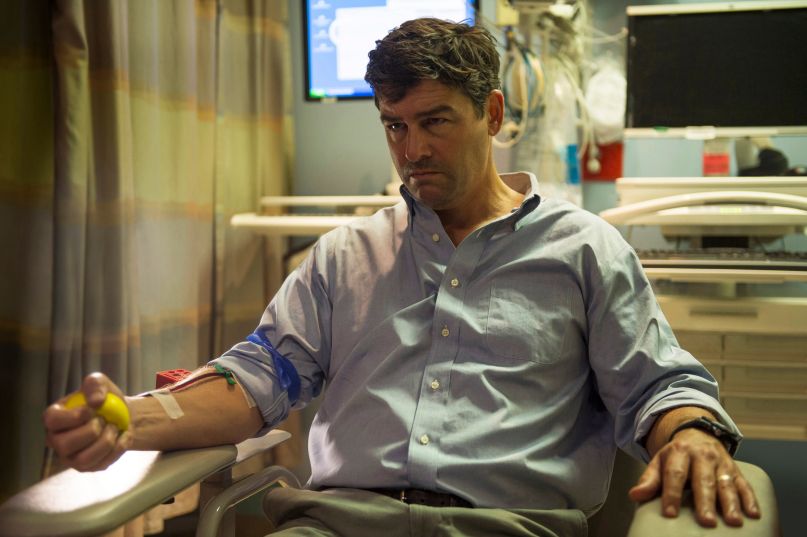 It was a surprise to Todd A. Kessler, Glenn Kessler, and Daniel Zelman when the three creators of brooding Netflix family drama Bloodline learned that their show would be cancelled after three seasons. The three showrunners had planned for a five- to six-season arc for the dark Florida-based saga, but despite the inaugural season’s positive reviews, slack viewership and a dismally received second season led to Netflix announcing that season three would be the last time we saw the once-pristine, now-spiraling Rayburn family.

This context is important to note because it also explains the losing hand that the third season of Bloodline was dealt. It was forced to do in one season what should be done in three or four: wrap up the absolute fucking mess that was created in season two. And while season three has glimpses of the raw, poignant intrigue that made season one a binge-worthy affair, it ultimately drowns in the muddled, foggy web the Rayburns have created. Danny Rayburn’s (Ben Mendelsohn) recurring, taunting chuckle, punctuated with him querying, “When’s it gonna end, John?” turns out to be a fairly valid question: How is this mess going to be laid to rest?

The first episode starts in at a sprint: The Rayburns are on the run. Kyle Chandler’s tortured John Rayburn is a chain-smoking shell of his former self; he seems asleep at the wheel, scrambling and unsure, a far cry from the authoritative and narrative bedrock he’s been throughout the series. While this is a natural progression for a man whose life is disintegrating, it makes for depressing television, and the discomfiting idea takes hold that this narrative has no one to steer it. As John’s sister, Meg Rayburn (Linda Cardellini), absconds to Los Angeles to start a new life while John flounders, wayward brother Kevin (Norbert Leo Butz) is the only Rayburn with an upward trajectory, as his baby with Belle (played incredibly by Katie Finneran) arrives, and he takes more work with shady and deep-pocketed family friend Roy Gilbert, a greasy role handled well by an at-ease Beau Bridges. Butz’s Kevin, sheepish and desperate, is one of the few believable characters left.

The show was noted for shelling out extra money to film in the picturesque Florida Keys, a location that’s grossly underused for a fair chunk of season three. The first two episodes take place entirely at night — it’s almost two hours into the season before we see a glimpse of daylight. It’s thematically on-brand, but feels overwhelming and overplayed. It also ditches one of the pivotal contrasts that made Bloodline so delightful: heinous deeds coming to light in one of the most bright, beautiful places on earth. The once squeaky-clean Rayburn family is long past their “We’re not bad people, but we did a bad thing” relatability, but running around entirely in the dark for two hours not only strips the show of its scandalous juxtaposition but also strips the viewer of the basic pleasure of seeing Monroe County’s utopian scenery. Luckily, diegetic sound throughout is immensely pleasing; from choruses of brightly rendered bird chirps to the dull patter of raindrops on the roof of John’s truck, the audible world here is engrossing.

Mendelsohn’s absence as family fuck-up Danny is felt acutely here. His gravitas and chemistry with Chandler propelled the absorbing slow burn of season one, and his ghostly appearances in season two helped cut through the confusion of an overloaded plot. He’s sorely missed in season three, save for the final two episodes, where he and Chandler return to their old games via flashback and John’s imagination. Still, both actors are criminally underused in a season that could use the charisma and intensity they used to ooze. Another sorely missed player is Enrique Murciano’s Marco Diaz, Meg’s estranged ex-fiance; both his character’s drive to bring down the Rayburn family and Murciano’s cool, collected fire would’ve provided a much-needed energy boost. Marco seemed to be the only person capable of bringing down the Rayburns, and with him out of the picture, it seems natural that someone might take up his torch, but even in the mid-season courtroom procedural episodes, the family’s feet are never held too close to the fire, and no real threat emerges that they don’t silence handily.

In a series rife with unfulfilled promise, it’s a shame the supporting cast didn’t have more time to be fleshed out. It becomes imminently clear that there’s more to Gilbert’s relationship with the Rayburns than is revealed, and John Leguizamo returns as the creepy, sweat-slicked Ozzy Delvecchio, back on the scene to protect Danny’s best friend, Eric O’Bannon, from being swallowed up by the Rayburn machine. Unfortunately, Delvecchio’s past and intent aren’t made clear enough to make his surprising demise hold much weight. Despite this, it’s notable that O’Bannon, a character who was party to human trafficking, and Delvecchio, himself a murderer, become anti-heroes of sorts when positioned in the shadow of the ever-likable Rayburns. The complete distortion of their nobility positions Delvecchio and O’Bannon as underdog protagonists.

Season three’s most glaring failure, perhaps, is its inability to provide catharsis and resolution. The gravity of the actions strewn across the first two installments, like John killing Danny, Kevin’s brutal murder of Marco, and the siblings’ coordinated concealment of their crimes, swung the pendulum hard in a singular direction. The idea is that the other shoe will eventually drop (an idea that John’s wife, Diana, somewhat cleverly presents midway through the season), but disappointingly, this never comes to pass. We’re cheated the gratification of seeing the Rayburns’ chickens truly come home to roost. Sally is not held accountable for her life-long treachery, John (ostensibly) gets off scot-free (despite confessing to the county sheriff), and Meg is far away in the clear, somehow capable of pulling off a flawless disappearing act. The show attempts to resolve these many frayed ends, but it’s an impossible task, and we’re left with a sloppy, far-fetched wrap-up.

There are redeeming parallels here, though. For all its shortcomings, the final episode’s return to Chandler’s oaken, ultra-serious voice-over is a familiar and welcome device. What’s equally striking is that the Rayburns were always this fucked up; these are the same people who came home to celebrate their parents’ pier dedication in season one, and over the course of their story, we see their true nature not just revealed but indulged, burying the fabricated Rayburn gloss. Late in the season, matriarch Sally sobs when she learns that the family’s crown jewel is worthless; the extravagant Rayburn House Inn and property, the heart of the family’s small empire, is doomed to be underwater in a matter of a decade, rendering the land valueless. It’s an effective, if heavy-handed, reflection of Bloodline’s central deconstruction and interrogation of familial pride.

The mess of season three is perhaps best understood as a reflection of the initial concept for the show: family. Like its inspiration, Bloodline is not clean-cut and easily resolved; it’s a complex, multiplicitous beast, confusing and frustrating. But while season one of Bloodline had the conversational, tense relatability and realism of what a family is, season three has wrenched that thesis so far beyond its striking, understated believability that it’s difficult to remain interested in what becomes of the irredeemable Rayburn family.