Perry Serpa teams with The Minus 5’s Scott McCaughey for Nick Hornby-inspired “And You Are?” — listen

Preview of a fictional album from Hornby's Juliet, Naked brought to life 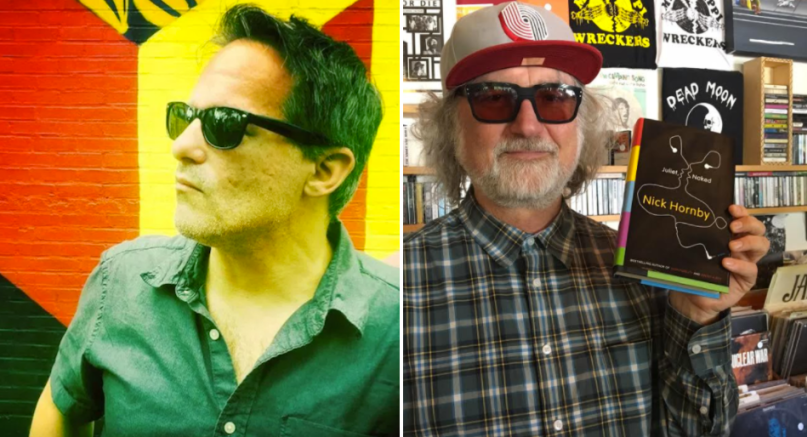 Nick Hornby’s 2009 novel Juliet, Naked focuses on a fictional aging ex-rock star named Tucker Crowe. While touring behind an album that resulted from an immense heartbreak, Juliet, the character disappears on the road. As a result, the musician and album become the stuff of blogger legend, with many fans seeing it as one of the classic rock records of the era. It takes on such significance that, in the world of the book, a number of artists get together for a tribute album dubbed Wherefore Art Thou.

Perry Serpa — publicist, musician, and Hornby fan — found himself fascinated by the idea of a tribute album for a fictional rocker. Struck with an idea, he set out to bring Wherefore Art Thou to life as a 60th birthday present for Hornby. Well, Hornby hit 60 this past April, and now Serpa is ready to present him and the world with his gift.

To kick off the project, Serpa has shared the lead single, “And You Are?”, featuring Scott McCaughey of The Minus 5 on lead vocals. Serpa reached out to McCaughey for the track because The Minus 5 are actually one of the bands who contributed to Wherefore Art Thou in the book, a fact that left the frontman “surprised and thrilled” when he read it. “I’m sure it comes mostly out of a passion for R.E.M.’s music, but kudos to Nick for bothering to know who the hell The Minus Five is at all!” McCaughey jokes to Consequence of Sound. As for Serpa’s idea for the record, McCaughey says the “idea of writing the fictional songs to fit the book was a really good one. Sounds like the kind of idiocy I myself might undertake!”

On Serpa’s end, he’s proud of “the fact that the recording of the song is one hundred percent Scott [on lead vocals], myself and my 14-year-old son, Aidan, on lead guitar.” Serpa’s lyrics for the pop rock track feature spiteful lines from Crowe’s perspective directed at the subject of Juliet. “Your royal highness way up there/ And me on the floor below/ My privileged princess impossible/ You’re too dangerous to know.”

Listen to “And You Are?” below.

Wherefore Art Thou is being prepped for release this fall, with contributions from Laura Cantrell, Aja Warren, Don Piper, Edward Rogers, and more. A portion of its proceeds will go to Ambitious About Autism, a UK-based charity for children and young people with autism.

Incidentally, a feature adaptation of Juliet, Naked is currently in the works from producer Judd Apatow and director Jesse Peretz (Our Idiot Brother, HBO’s Girls). At last check, Ethan Hawke was in talks to star as Crowe, with Chris O’Dowd playing super fan Duncan and Rose Byrne portraying his long-suffering girlfriend, Annie.

McCaughey, meanwhile, is “drowning in a slew of projects” on his own. Together with Peter Buck and Corin Tucker, he is readying the debut LP for their band Filthy Friends. He and Buck also have an EP out in June as part of The No Ones, their collaboration with members of the Norwegian band I Was A King. A full-length is also in the works. At the same time, The Minus 5 is in the process of completing a batch of original holiday songs, which may be released this year. Adding to his plate, McCaughey is also mixing and playing on songs by The Junior League, a project from New Orleans’ Joe Adragna.