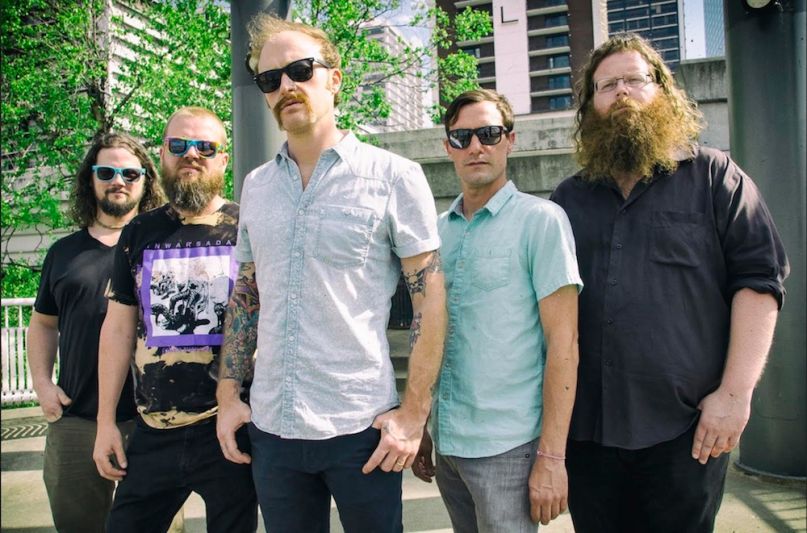 It’s been two years since Louisville, Kentucky’s Quiet Hollers released their self-titled sophomore album, which drew praise on this very site for breaking the confines of roots music. Now, the Shadwick Wilde-led outfit is set to serve up their third full-length, Amen Breaks, on July 7th. The band says the new album “draws parallels with the cultural crossovers and the anxieties of the 1970’s, a decade marred by division, political corruption, and terrorist bombs (sound familiar?).” Ahead of its release, the band has delivered a new single called “Medicine”.

It’s only fitting that “Medicine” premieres during Mental Health Awareness Month, as Wilde tells Consequence of Sound it was inspired by his own — and his partner’s — struggles with mental illness. “Its inception was the hook — ‘I never felt it so bad that I needed medicine,’” Wilde explains. “It began to play in my head in what was a difficult time for me and my partner. We’ve both struggled with depression and anxiety, though I specialize in the former, and she in the latter. And although the song is a fictionalized account, there’s no aspect of my life that hasn’t been touched by mental illness in some way.”

Wilde says mental health is a ubiquitous topic throughout the upcoming album. “It’s one of the common themes across Amen Breaks — that we’re all at the mercy of the chemicals in our brains, and we shouldn’t feel ashamed to talk about it, write about it, sing about it,” he shares. “Music is my mood stabilizer — both medical and recreational.”

With those words in mind, the catchy guitar lick and subtle percussion on “Medicine” combine with a flourish of strings to capture the feeling of helplessness while entrapped in the middle of mental difficulties. The instrumentation serves as a proper backdrop of a song which features sobering lyrics such as “I never saw the lights go out so quick on anything/ and I mean anything/ put that knife back in the drawer.”

Take a listen to “Medicine” below.

To lighten the mood a bit, Quiet Hollers have shared a fun fact about the album title. It refers to what’s likely the most ubiquitous sample in pop music — the Amen Break, taken from The Winstons’ 1969 B-side, “Amen Brother”. The sample is used in the title track. In addition, expect the band to expand their range from the cinematic to the psychedelic with the aid of vintage drum machines and samples they’ve added to the fold.