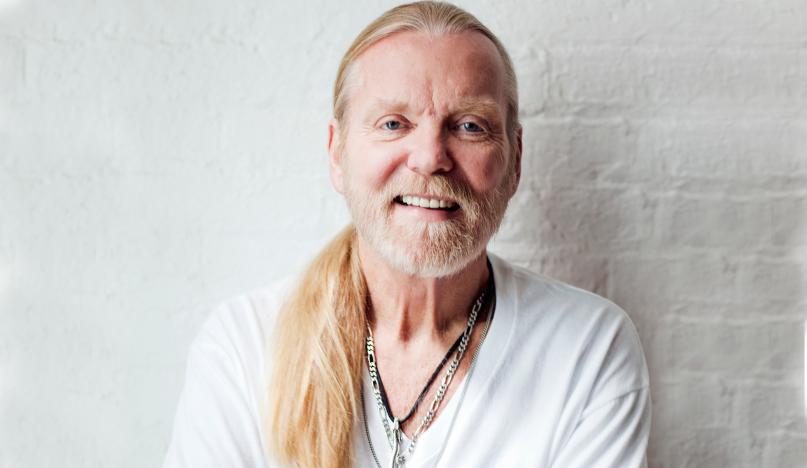 Gregg Allman, a purveyor of Southern rock music who achieved success both as a founding member of The Allman Brothers Band and as a solo artist, has died at the age of 69. He “passed away peacefully at his home in Savannah, Georgia,” according to a statement posted to the musician’s website.

According to his manager, Allman died from complications of liver cancer, which he had been battling since 2012. Additionally, the musician had dealt with a number of other health issues over the final years of his life. In 2010, Allman underwent a successful liver transplant, but was forced to cancel a tour the following year after suffering from an upper respiratory condition resulting from the surgery. He also suffered from atrial fibrillation, which caused Allman to switch to a gluten-free vegan diet. Last summer, Allman received treatment at the Mayo Clinic for a “serious health issue.” As a result, he was forced to postpone upwards of 30 scheduled concerts. He attempted to return to the road in November, but again canceled a tour, this time due to a vocal cord injury. Earlier this year, it was announced that Allman would cease touring altogether.

“Gregg struggled with many health issues over the past several years,” the statement reads. “During that time, Gregg considered being on the road playing music with his brothers and solo band for his beloved fans essential medicine for his soul. Playing music lifted him up and kept him going during the toughest of times.”

Added Allman’s manager and friend Michael Lehman, “I have lost a dear friend and the world has lost a brilliant pioneer in music. He was a kind and gentle soul with the best laugh I ever heard. His love for his family and bandmates was passionate as was the love he had for his extraordinary fans. Gregg was an incredible partner and an even better friend. We will all miss him.”

Gregg Allman was born in Nashville, Tennessee, on December 8th, 1947. When he was just two years old, his father was murdered by a hitchhiker, leaving his mother alone to raise him and his brother, Duane. As their mother returned to school to pursue a degree in accounting, the brothers were sent to a military academy in nearby Lebanon. They eventually returned home to Nashville and then moved with the mother to Daytona Beach, Florida, in 1959. While in Nashville on a summer break in 1960, he attended a concert featuring Jackie Wilson, Otis Redding, B.B. King, and Patti LaBelle, which sparked his own interest in playing music. Over the next few years, Gregg and his brother Duane bonded over a mutual interest in music and formed several bands together. It was with the Allman Joys that the brothers began touring professionally and tracking their first recordings. By 1967, the brothers had relocated to Los Angeles and renamed the Allman Joys to Hour Glass. The band signed with Liberty Records and released two albums, 1967’s Hour Glass and 1968’s Power of Love, though the Allmans were unhappy with both records believing they were “poppy, preprogrammed shit.” Hour Glass’ relationship with Liberty Records deteriorated and Duane moved back to Florida, where he met a drummer named Butch Trucks. However, due to Liberty’s unwillingness to let the band out of their contract, Gregg stay behind in LA and gave the label rights to a solo album. In 1969, finally free of Liberty’s contract, Gregg returned to Florida where he joined his brother Duane and Trucks in forming The Allman Brothers Band.

After relocating to Macon, Georgia, The Allman Brothers Band recorded and released their first self-titled first album in 1969. In addition to the Allman brothers and Trucks, the band’s lineup featured guitarist Dickey Betts, bassist Berry Oakley, and percussionist Jai Johanny “Jaimoe” Johanson. After playing over 300 concerts in support of the record, the band began work on a follow-up LP called Idlewild West, which was released in 1970. The following year, the Allman Brothers Band achieved mainstream success with the release of a live album, At Fillmore East, recorded at the Fillmore East in New York. At Fillmore East peaked at number thirteen on the Billboard charts, and was certified gold by the Recording Industry Association of America that October.

Sadly, just months after the release of At Fillmore East, Duane Allman was killed in a motorcycle accident at the age of 24. Stricken with grief and unable to play music, Gregg sought refuge in Jamaica. “I tried to play and I tried to sing, but I didn’t do too much writing. In the days and weeks that followed, I wondered if I’d ever find the passion, the energy, the love of making music,” he remembered.

Ultimately, the Allman Brothers Band reconvened in 1971 and recorded a new album, Eat a Peach. Released the following year, it peaked at No. four on the Billboard charts and was certified gold. However, tragedy struck again in 1972, as Oakley himself was killed in a motorcycle accident.

And yet, the band trudged on, releasing another successful album, Brothers and Sisters, in 1973. That same year also saw the release of Allman’s first solo album, Laid Back. The Allman Brothers Band’s popularity reached a peak in 1974 as they regularly played shows in arenas and stadiums and toured alongside the Grateful Dead.

The band struggled with success, however, as increased drug use and annoyance over Allman’s solo career, as well as his relationship with Cher, led to frequent in-fighting, and by 1975, the Allman Brothers Band had broken up. Allman himself relocated to Los Angeles and released a second solo album as well as a collaborative record with Cher. The lackluster response to the collaborative LP strained their relationship and the couple divorced in 1978.

The Allman Brothers Band reunited and released a new album called Enlightened Rogues in 1979. The following year they signed with Arista Records and released two more albums, 1980’s Reach the Sky and 1982’s Brothers of the Road. The band was unhappy with the response to the albums and in 1982 they once again broke up.

In the 1980s, Allman released several solo albums, most notably 1987’s I’m No Angel. By 1989, the Allman Brothers Band had again reunited, this time with guitarist Warren Haynes and pianist Johnny Neel added to the fold. The new members “reenergized” the members, culminating in the release of 1990’s Seven Turns, which was heralded as a return to form. The band remained an active entity for the next two decades, releasing several more albums, touring frequently across the US, and even staging their own music festival. In 1995, Allman Brothers Band was inducted into the Rock and Roll Hall of Fame. Allman was heavily inebriated during the ceremony and after re-watching his acceptance speech, it inspired him to finally get sober.

Allman’s aforementioned health problems, as well as the departure of several key members, led the Allman Brothers Band to break up once and for all in 2015. He remained busy with the release of a solo live album and had recorded a new studio album for release in 2017. In April, it was reported that Allman had entered a hospice, a claim which his representatives denied.

Revisit a selection of music from Allman’s legendary career: