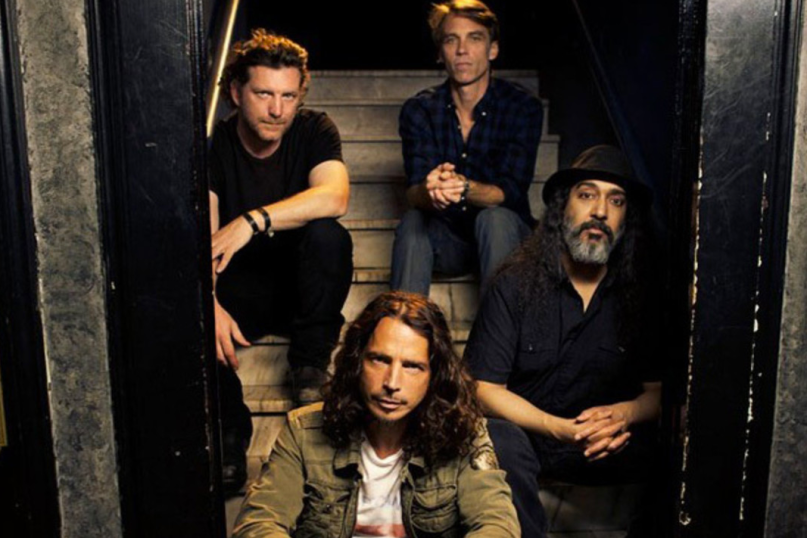 Growing up, Soundgarden was always the cool Seattle band to follow. Maybe it was Chris Cornell’s carnal pipes, or Kim Thayil’s sludgy riffs, or the way everything sounded as if it was ripped straight out of a post-apocalyptic world from Mad Max, but the band’s sound traditionally connected with those who had a predisposition to cynicism. Not just any cynicism, but rather a learned cynicism, as if they were in on some sort of secret that disabled all hope in favor of a mature sense of realism. Then again, it could have just been the kids at my lunch table. Who knows.

What we do know is that Soundgarden were one of the hardest rock bands of their time. They were the Zeppelin to Pearl Jam’s Who, a kinetic force that worked less like a hurricane and more like a typhoon. Yet unlike your average metal band, they had a soft spot, and that gooey middle could wrench out a harmony from even the muddiest distortion. Much, if not all, of that had to do with Cornell, whose solo work and side gigs have long proven that he’s always been on the melodic side over, say, the razor’s edge. I mean … have you heard him sing “Ave Maria”?

We’re still in shock that Cornell is now no longer with us, and that won’t change for years — if ever. Because, despite the moody sentiments wired into every Soundgarden song, there was always this feeling that he’d brush aside the clouds and find some sunlight. So, the idea that he’s actually gone — joining his grunge brethren in Kurt Cobain and Layne Staley — is a little more than surreal. It’s downright depressing. Alas, the only thing to do is celebrate what he’s left behind, and when it comes to Soundgarden, you can hardly do better than these 20 songs.