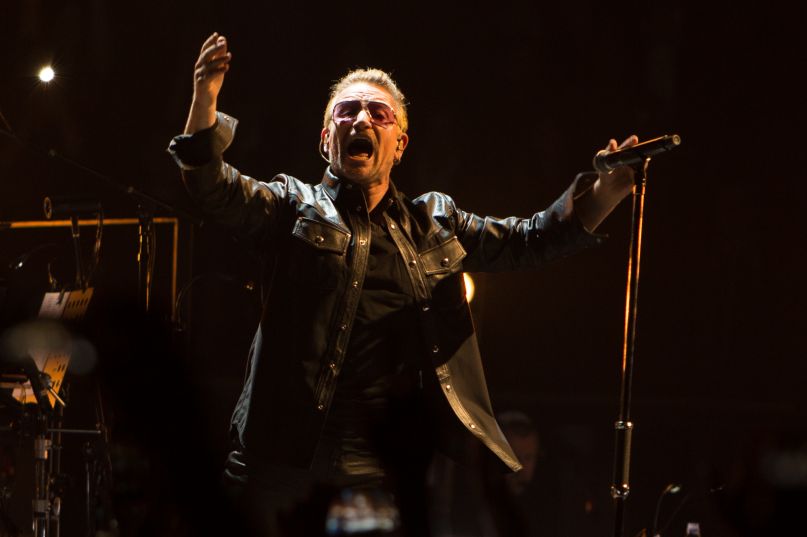 U2 // Photo by Philip Cosores

To coincide with the 30th anniversary of The Joshua Tree, U2 are waxing nostalgic with full live performances of the album. The tour kicked off last night at BC Place Stadium in Vancouver, British Columbia, Canada. Beyond playing The Joshua Tree in full, the band dusted off “A Sort of Homecoming”, the first track from The Unforgettable Fire, for the first time in 16 years. They also performed the Achtung Baby song “Ultraviolet (Light My Way)” for the first time in six years. Most notably, however, was the debut of a brand new song called “The Little Things That Give You Away”, which the band introduced as the first track from their upcoming album, Songs of Experience. Watch fan-shot footage and check out the evening’s full setlist below.

Miss Sarajevo (Passengers cover) (First performance since July 30, 2011)
The Little Things That Give You Away (Live Debut; Songs of Experience track)