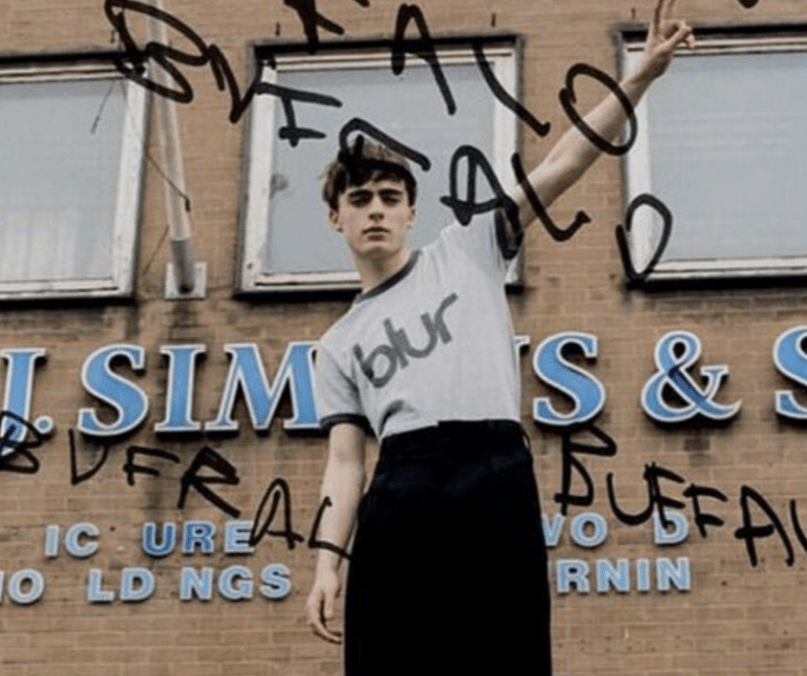 Though he should probably be out there pushing his debut solo album, Oasis frontman and foul-mouthed cad Liam Gallagher is instead throwing shade at Damon Albarn and his brother, Noel. As we reported last week, Liam declared war on “the creepy 1 out of oasis” for collaborating with “that gobshite out of blur” on Gorillaz new album, Humanz. According to Liam, Albarn “turned noel Gallagher into a massive girl.”

Anyways, if it weren’t clear, Liam is no fan of Albarn. He is, however, a fan of his son, Lennon, who made his modeling debut earlier this year.

His enthusiasm may be short-lived, as Lennon’s burgeoning career recently landed him a photo shoot with Buffalo Zine. It’s not the publication that’s the problem, though; it’s what Lennon’s wearing. We’ll let Lennon’s brother, Gene, break the news.

Someone's getting a smack pic.twitter.com/wjQuRYviA8

Last year, the notoriously hot-tempered Liam promised severe punishment should he ever find out his kids went to a Noel Gallagher’s High Flying Birds concert. “If I ever caught them at one of their gigs there’d be trouble,” he told Metro (via NME). “I’d stop their pocket money or I’d dish out loads of old photos of them with nappies full of shit and put that on the internet and say, ‘Cop that, dickhead.'”

Lennon, it was nice knowing you.