Robin Pecknold and co. return a very different band after their long time away 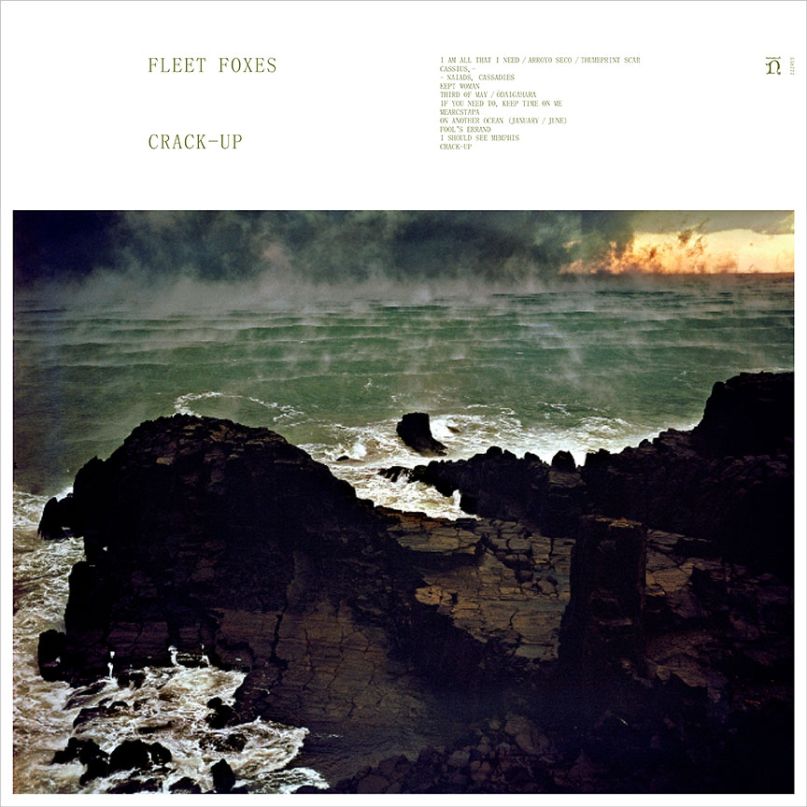 It almost seemed like Fleet Foxes weren’t going to return. Their first show of 2017 came five years and four months after their last, or four months longer than LCD Soundystem’s “breakup.” Those five years were filled with self-discovery, as Robin Pecknold withdrew from the band to attend Columbia University. When we last left Pecknold, the promise of the early Obama years was beginning to fade, with the slow post-recession recovery giving birth to the Occupy movement. Pecknold astutely captured this sense of uncertainty and disillusionment on “Helplessness Blues”, an anthem for a generation who tried to find a way in a saturated workforce devoid of opportunity. Pecknold’s thoughtfulness captured the anxiety of a moment, and in hindsight, it’s alarming to hear the word “snowflake” used to describe someone without malice. It was earnest, predating a time when the band’s former drummer, Josh Tillman, would marry cynicism with a mocking tone to hold a mirror up to society and stand at the forefront of a genre in a spot Fleet Foxes once occupied.

Six years later, times have changed, and Pecknold has, too. His decision to recede from the industry and attend school informs the insular attitude of Crack-Up. His lyrics, and the music itself, feels withdrawn compared to the ornate expanse of Helplessness Blues. Not only does he abandon trying to be the “voice of a generation,” but he appears uncomfortable speaking for anyone but himself. He spent the years away playing solo shows, assuming that there wasn’t a demand for Fleet Foxes. On Crack-Up, he’s attempting to relearn everything he once knew.

The insular tone is apparent from the album’s opening seconds, as Pecknold sings, “I am all that I need” in a hushed whisper. Rather than an empowering statement, it’s as if he’s trying to convince himself. When he repeats the line moments later, the band crashes in, literally cutting him off. The song plays with dynamics with a forceful command as it alternates between a quiet and lonely Pecknold and the full band. As it transitions into its second movement, the song devolves into paranoia and desperation, elements Fleet Foxes have rarely touched on before.

Pecknold’s time away in school has left him with more questions than answers, returning to a landscape he no longer understands. “Was I too slow?/ Did I change overnight?” he asks on “Third of May/Odaighara”, a winding, near nine-minute song that makes for a surprising lead single. He describes himself as “back in our town as a castaway,” out of place in a familiar setting. The song covers the history of the band from 2007-2012, opening with promise and ending in desolation. It specifically covers the relationship between Pecknold and band member Skyler Skjelset, whose birthday is on May 3rd, hence the song’s name. Pecknold’s tribute to his bandmate, the only member featured on every track alongside him, is filled with turmoil and reflection, par for the course on this introspective album.

Beset by confusion, Pecknold veers far from the confidence of his youth. On “If You Need To, Keep Time on Me”, a bare, plaintive ballad that finds the band at their most direct and affecting, he asks, “How could it all fall on one day?/ Were we too sure of the sun?” Through the defiantly triumphant frustration of single “Fool’s Errand”, Pecknold reflects on past mistakes as gleaning synths and harpsichord swell in the background before fading into a quiet, forlorn harmony. Isolated and filled with regret, Fleet Foxes’ grand return is a pained, lonesome affair.

The bleak melancholy is a new shade for Fleet Foxes, one that colors Crack-Up and informs the stylistic leaps they make throughout. It can lead to challenging moments, like the meandering haze of “I Should See Memphis”, the darkest song in the band’s catalog to date. As a faint string arrangement accentuates the song’s despair, Pecknold name-drops Cassius at Rome, Appomattox, and Bull Run, historical battles to add context to the conflict he feels wrapped up in. With “On Another Ocean (January/June)”, the band’s sound expands around a forceful arrangement of trumpets and trombones as Pecknold displays a bitterness towards his subject. “Do you think the smoke it won’t enfold you?” he asks, envisioning an inescapable reckoning. It’s a far cry from the sunny harmonies that defined the band’s early years.

Pecknold likened the flow of the album to his own personal journey over the past half-decade, ending by reaching the clarity he had been searching for. He even hinted that the band’s next record would take them further into celebration. For now, the highly anticipated album, years in the making, that he’s delivered focuses on the long road of strife preceding that. Challenging throughout and at times jarring and inscrutable, Crack-Up searches for a resolution just out of reach. In a somewhat indulgent public discussion with Dave Longstreth of Dirty Projectors on the state of indie rock in 2017, Pecknold concluded his thoughts by posing a prescient theory: “Maybe the world is sort of a static constellation of states that we just move through as we get older, and it can seem like the world is changing when really it’s just us.” He may be onto something.

Essential Tracks: “Third of May/Odaigahara”, “If You Need To, Keep Time On Me”, and “On Another Ocean (January/June)”