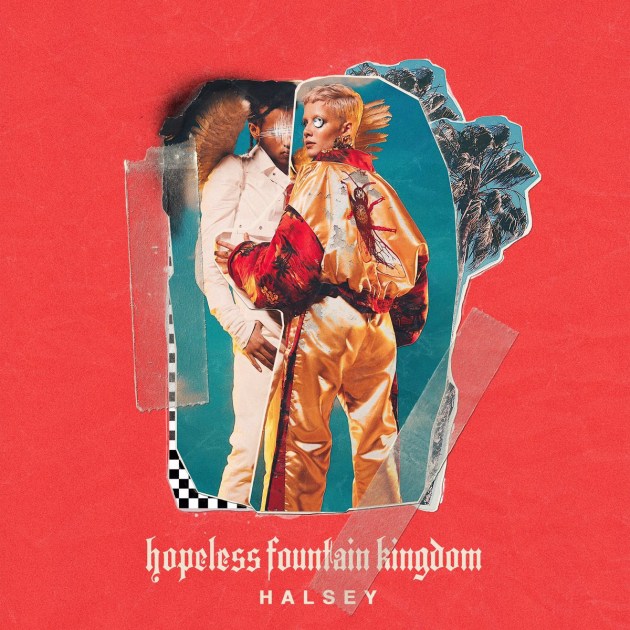 Halsey wasn’t kidding when she said she was heading straight for the castle. If you thought her Biggie interpolation was audacious, check out the encore, which rebuilds Romeo and Juliet as a pointedly bisexual pop album, down to “The Prologue” swiped from 1597. No matter what the temptation is for critics to dub her the Coldplay to Lana Del Rey’s Radiohead, the Tumblr-borne Ashley Frangipane is far more direct than her mystique-loving predecessor. Her secretly superb 2015 debut, Badlands, spoke of educated eyes between her thighs and fucking on the bathroom sink. And the new Hopeless Fountain Kingdom highlight “Lie” finds her boasting, “I gave you the messiest head” (which is brilliant two ways, considering how broken relationships mess up one’s head) over melodramatic piano mimicking Migos-esque triplicates. But it goes a step further and in comes Quavo himself, who’s probably only homophobic towards men, questioning her “head game” (not to be confused with the thing men play) and in turn sings, “Treat her right and she won’t complain.”

Frangipane likes things grand and ambitious but not particularly complex, and she’s plenty real for the influencer generation; just check the interview where the hosts, kvelling for her outfit, ask her to describe her shoes and she mumbles that they look like someone skinned “a couch from a fancy hotel.” She knows what looks or sounds good and doesn’t necessarily care why. Thus it’s a breath of fresh air to hear “Bad at Love”, the song that two thirds of the internet wish Taylor Swift would write, and even more of a delight that different verses break down how she “always makes the same mistakes” with two different genders. It’s far more in the spirit of the excellent, self-deprecating Pink, who’s sadly underrated in the poptimist era.

Hopeless Fountain Kingdom is a typical too-many-cooks 2010s downbeat-pop record sonically, though, which means the usual murderers’ row of Greg Kurstin, Abel Tesfaye, Dan Wilson, Sia, Justin Tranter, and Cashmere Cat all contribute bigger-but-not-necessarily-better hooks, like “Someone will love you/ But someone isn’t me,” the killer from the thunderous, solo-piano “Alone” that could make it as big as Adele’s “Someone Like You” come August or so. But most of them just stall out at pretty-good rather than sneakily replayable, which the harmonies on Badlands’ “Hold Me Down” or the backup vocals on “New Americana” ensured much better.

The forthright opener “100 Letters” escapes her usual grayscale rhythmic palette, though, with an incendiary chorus that actually features guitar. Then there’s the instant ‘80s pop classic “Strangers”, which Frangipane is touting as the first big-money pop duet between two queer women (in this case, Fifth Harmony’s Lauren Jauregui) to use specific gender pronouns, as in “she doesn’t kiss me on the mouth anymore” and “she doesn’t let me have control anymore/ I must’ve crossed the line.” Texturally, Cashmere Cat’s multitracked Auto-Tuned ripples on the closing “Hopeless” are reminiscent of My Beautiful Dark Twisted Fantasy at its prettiest, but it’s the sub-two-minute “Walls Could Talk” that breaks the mold musically, with Destiny’s Child-style strings that are sawed rather than bowed.

But attention-grabbing interludes aside, the concept muddies Halsey’s writing, like when “Angel on Fire” crosses the Lana line by including the word “starlet” or the “reveal” that “Hopeless” isn’t a place but a state of mind. Maybe she knows how to edit, though, having relegated “Angel on Fire” to the deluxe album and kept its more explosive successor, “Devil in Me”, for all editions. Ultimately, she knows the pitfalls of dating more than one gender better than anyone in pop, and those moments of insight are when Hopeless Fountain Kingdom truly stands out from the pack, but it’s also reassuring that Halsey (who tags herself “alternative” rather than “pop”) conceives herself as an album artist first. It just means she’s less likely to score dynamite singles.