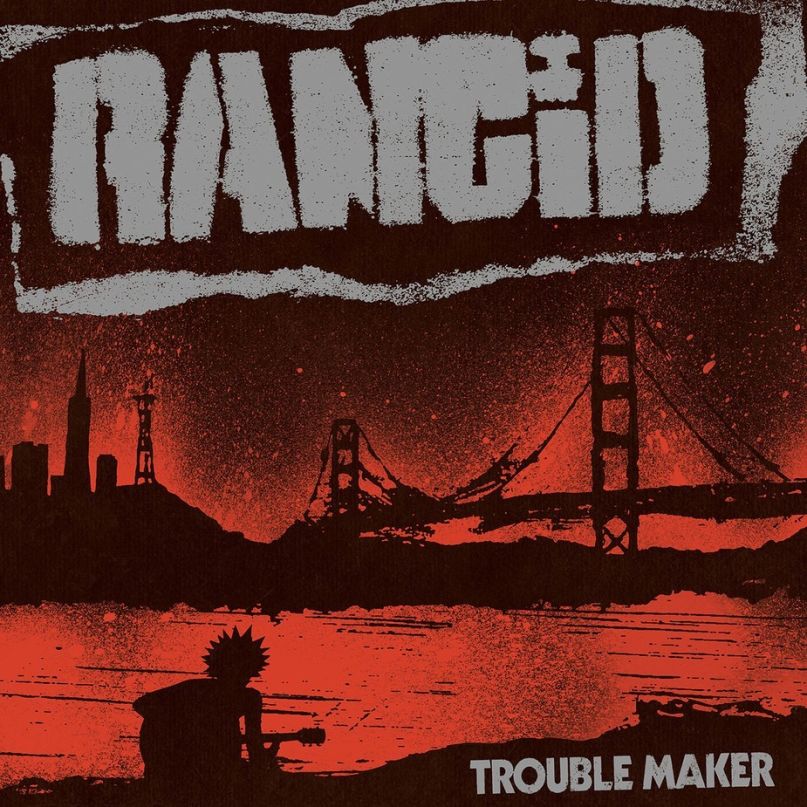 Rancid is a sterling example of why most good bands have no use for narrative. This should be simpler and more well-known than it is, but when an artist gets their moment in the sun, that guarantees nothing. Remember Cracker? In 2014, they made their best album, Berkeley to Bakersfield. Not 1993. And it was a fucking double-disc. A double-disc Cracker album from 2014 is about as irrelevant as it gets, but that doesn’t make the album any less good. You may remember Imperial Teen as also-rans from the Jawbreaker soundtrack. They made their own best albums in 1996, 1999, 2002, and 2007, the latter two well after their clips stopped airing sporadically in the late hours of MTV.

With the exception of 1998’s unexpectedly ambitious Jamaica jaunt, Life Won’t Wait — which followed the band’s only platinum record, so of course they upped the ante — Rancid have never been in step with anything, and they’ve never made a bad record. The best ones are 1994, 1995, 1998, 2003, and 2017. What business does a ska-steeped punk band have making a really good record in 2017? Sometimes good bands are just good bands; sometimes just because you’re sick of them or they don’t personally apply to you or occupy any sensible space in your life 25 years after falling in love with them doesn’t mean the problem is them.

I myself felt that lack of utility for this band in 2009, when Let the Dominoes Fall started strong with anthems like “Up to No Good” and “Last One to Die” and ended up feeling significantly strained by track 19, in addition to being their most ordinary and least surprising album yet. 2014’s Honor Is All We Know appeared to cement this slide toward the middle. Wrong; both albums, particularly the latter, sound shorter and hookier today, where they have even less to do with the rest of the world.

But I may not have come to this epiphany if Trouble Maker, which came out via Epitaph on Friday, wasn’t so great. At first, it just seems like a necessary injection of guitar and tempo into a pop world where both are in short supply, and a political landscape where cathartic shouting is a necessity. But then you notice how discrete the parts are, how swiftly they make their move, how many times you look up to see what the title is for 17 songs in 36 minutes, which is even less wasteful than usual. And after the fifth or sixth spin through the indelible “Ghost of a Chance” or the chants of “Trouble maker!” on “An Intimate Close Up of a Street Punk Troublemaker” or the medium-breakneck “Make It Out Alive”, you start to wonder if …And Out Come the Wolves remained this catchy after track nine or if the highlight-filled Life Won’t Wait was this digestible all the way through.

There’s no formal breakthroughs on Trouble Maker beyond the astounding economy, unless you think the harmonica on “Buddy” or Clash-goes-“Ring of Fire” chords on “Telegraph Avenue” makes this the band’s folk-punk album. There’d be some truth to that in the gang refrains of “Molly Make Up Your Mind”, which nails a Ramones-style key shift before it’s over in 82 seconds, or Tim Armstrong croaking mournfully through “Say Goodbye to Our Heroes”. Guitar solos break free of the chunky noise to give anthems like “Farewell Lola Blue” and “Molly Make Up Your Mind” a gravitas that Rancid songs haven’t mustered in years. And yeah, Trouble Maker might be their catchiest album ever, as the Vibrators-indebted “I Kept a Promise” and the psychobilly “Cold Cold Blood” make clear all the way to the finish. Fans will hear it, of course. But it’s Rancid’s first album since 2003’s playful Indestructible that deserves a bigger audience than that.

Essential Tracks: “Ghost of a Chance”, “Make It Out Alive”, and “An Intimate Close Up of a Street Punk Troublemaker”