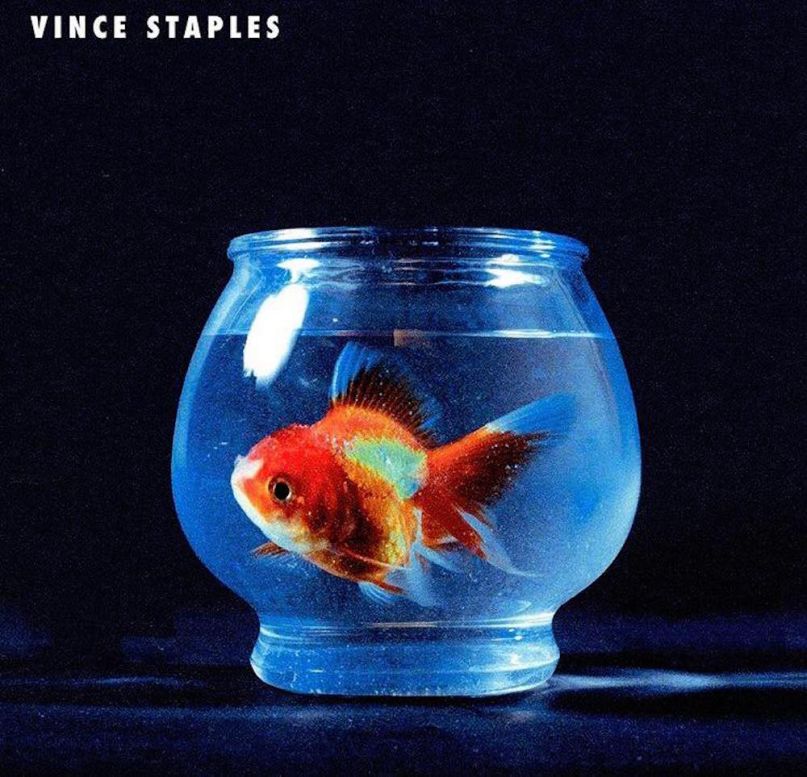 Over the past year, Vince Staples became more famous than ever. And his newfound notoriety has as much to do with his unfiltered takes on things like viral video reactions to his music as his actual music. Staples is a critically acclaimed musician whose critical acclaim is mostly referred to in ledes of interviews where writers ask him what he thinks about everything except music.

In an interview with Complex earlier this year, he said: “I’ve never really been the type to wanna judge things. Which is funny because that’s what people ask me to do countlessly. Not in this sense, but, like in a ‘Vince Staples Rates the Top 10 Things He Doesn’t Give a Fuck About on Our Website.’” To be clear, this is not a condemnation of those articles. All one has to do is read one of them or follow the Long Beach rapper on Twitter to understand why everyone wants his opinion.

Imagine a world where Dave Chappelle mockingly seeks out Ja Rule’s counsel in the midst of a tragedy, and Ja Rule actually shows up with something intelligent and comforting to say. Vince Staples is whip smart, funny, has a unique perspective, and zero filter — a content creator’s dream. But sometimes lost in that is the fact that Staples is also one of the best writers and rappers of recent memory.

Every statement outside of his music is accompanied by an implied shrug, but his songs contain a photo-realistic attention to detail that belies the premise that he doesn’t care. His lyrics are trimmed of useless fat, leaving only lean, sinewy ruminations on a harsh world that are tougher to chew and harder to swallow than click-friendly soundbites. On his new album, Big Fish Theory, Staples continues to perfect his brand of nuanced nihilism while exploring new sounds that should put the music industry on notice that the future is now.

The first thing that jumps out about Big Fish Theory is the bass. It radiates through your body like biting on something with a tooth that has an exposed nerve. So much so, that it is, at times, hard to make out what Staples is saying. On repeat listens, it becomes difficult to tell whether this is an engineering flaw or if Staples doesn’t think his voice is any more important than a snare or a bassline.

On the album’s opener, “Crabs in a Bucket”, which sounds like it would figure prominently in a Furiosa from Mad Max: Fury Road cross-country playlist, Staples’ trademark despondency becomes something new: danceable. Distorted synths slash through skittering drums while Vince deadpans lyrics like “Let ’em pop shit, give me some drums to go pop with/ Need white women at the shows unconscious.” He’s in on the joke but can’t be bothered to chuckle.

The most accessible song on the album (“Big Fish”) features a Juicy J hook about counting hundreds of thousands of dollars but also a reference to suicide. “Party People” takes that brief thought on suicide from an otherwise straightforward single and zooms in uncomfortably close. We eavesdrop on his inner monologue while he sits in first class aboard a plane and contemplates taking his own life and all the “problems [his] cash can’t help.”

Hip-hop heads may not be as happy with Big Fish Theory, however. The production is inspired by Detroit techno and house and may be difficult for traditionalists to stomach. Trading in No ID for Zack Sekoff as primary producer might be jarring for some fans. That said, Big Fish is still very much a hip-hop album. One that alludes to sounds invented by black artists, but are now no longer associated with black people. It also alludes to another novel and important idea: What Vince Staples has to say in his music is more important than what he has to say in his interviews.