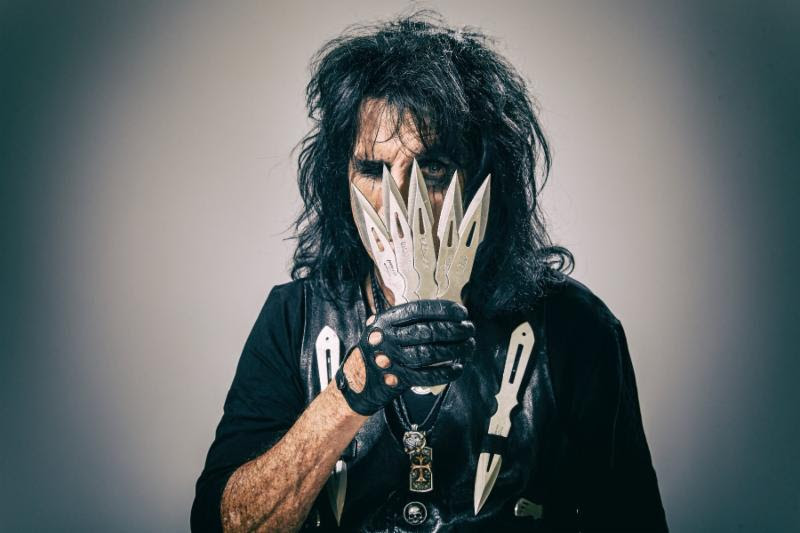 Despite being a kindly old man who enjoys golf and owns a kitschy restaurant in Phoenix, legendary shock rocker Alice Cooper continues to embrace his gothic persona and dark themes onstage. In May, he reunited in Nashville with his original Alice Cooper Band colleagues in what was said to be a one-off gig. Last night, however, Cooper announced on his radio program, “Nights With Alice Cooper”, that a new album was on the way. It’s called Paranormal and due for release on July 28th via earMUSIC.

Cooper also debuted a new song on his radio show, “Paranoiac Personality”, a straightforward rocker about conspiracy theorists that, in this age of Infowars and Louise Mensch, resonates that much more. A press describes the album as exploring “the fringes of society, the end of the world, encounters with the devil and more.”

Two songs off the album were written and recorded with the original members of the Alice Cooper Band. It also features contributions from ZZ Top guitarist Billy Gibbons, U2 drummer Larry Mullen, and Deep Purple’s Roger Glover. It was produced by Cooper’s long-time collaborator Bob Ezrin. The LP will also feature six live cuts from a live performance in Columbus, Ohio on May 6th, 2016 with the current Alice Cooper Band.

Cooper is also heading out on a North American tour that includes dates with Deep Purple. Check them the album art and tracklist below, as well as Cooper’s current itinerary for the the tour.

Cooper will be on the road throughout the summer, including dates with Deep Purple.